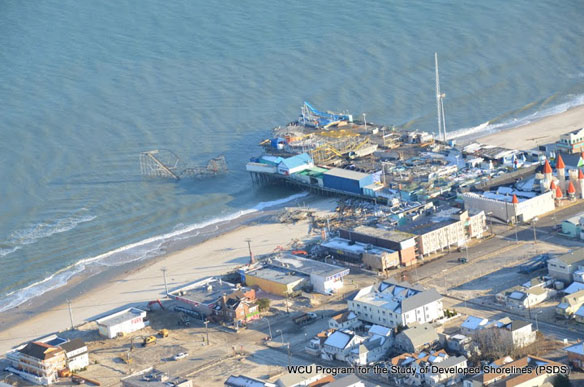 Before Superstorm Sandy made landfall on the Jersey coast on Oct. 29, 2012, few realized the intensity of the storm that headed in their direction.

Could the inflicted damage to the coastline have been avoided with advance preparation? …

We Need to Retreat From the Beach, by Orrin H. Pilkey
As ocean waters warm, the Northeast is likely to face more Sandy-like storms. And as sea levels continue to rise, the surges of these future storms will be higher and even more deadly. We can’t stop these powerful storms. But we can reduce the deaths and damage they cause… An Op Ed by Orrin H. Pilkey.