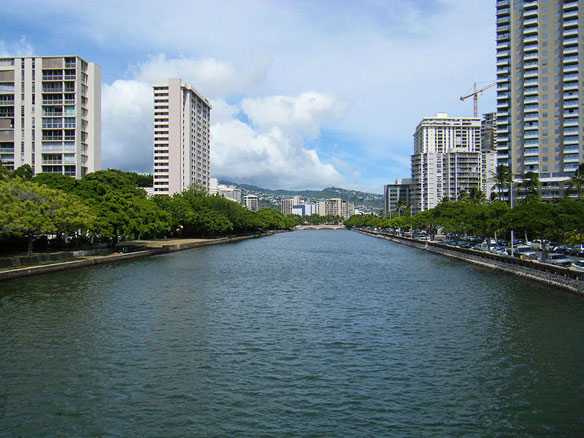 Ala Wai Canal, Honolulu. Photo source: ©© Travis.Thurston.
The Ala Wai Canal is an artificial waterway in Honolulu, Hawaii which serves as the northern boundary of the tourist district of Waikīkī. It was created in 1928 for the purpose of draining the rice paddies and swamps which would eventually become the tourist resort area of Waikiki. It also serves as a primary drainage corridor for the rivers and streams that run through central and east Honolulu.
The canal runs from just northwest of Kapahulu Avenue along the length of Waikīkī, then turns southwest to empty into the Pacific Ocean. Captions: Wikipedia. 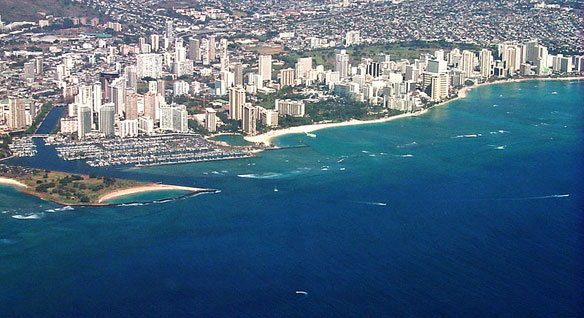