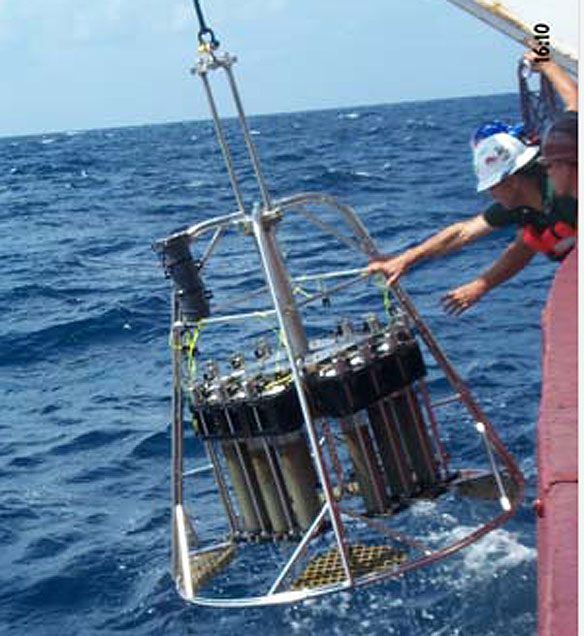 The deep­sea soft-sediment ecosystem in the immediate area of the 2010’s Deepwater Horizon well head blowout and subsequent oil spill in the Gulf of Mexico will likely take decades to recover from the spill’s impacts, according to a scientific paper reported in the online scientific journal PLoS One.

The paper is the first to give comprehensive results of the spill’s effect on deep­water communities at the base of the Gulf’s food chain, in its soft­bottom muddy habitats, specifically looking at biological composition and chemicals at the same time at the same location.

“This is not yet a complete picture,” said Cynthia Cooksey, NOAA’s National Centers for Coastal Ocean Science lead scientist for the spring 2011 cruise to collect additional data from the sites sampled in fall 2010. “We are now in the process of analyzing data collected from a subsequent cruise in the spring of 2011. Those data will not be available for another year, but will also inform how we look at conditions over time.”

“As the principal investigators, we were tasked with determining what impacts might have occurred to the sea floor from the Deepwater Horizon oil spill,” said Paul Montagna, Ph.D., Endowed Chair for Ecosystems and Modeling at the Harte Research Institute for Gulf of Mexico Studies, Texas A&M University­Corpus Christi. “We developed an innovative approach to combine tried and true classical statistical techniques with state of the art mapping technologies to create a map of the footprint of the oil spill.”

“Normally, when we investigate offshore drilling sites, we find pollution within 300 to 600 yards
from the site,” said Montagna. “This time it was nearly two miles from the wellhead, with identifiable impacts more than ten miles away. The effect on bottom of the vast underwater plume is something, which until now, no one was able to map. This study shows the devastating effect the spill had on the sea floor itself, and demonstrates the damage to important natural resources.”

“The tremendous biodiversity of meiofauna in the deep­sea area of the Gulf of Mexico we studied has been reduced dramatically,” said Jeff Baguley, Ph.D., University of Nevada, Reno expert on meiofauna, small invertebrates that range in size from 0.042 to 0.300 millimeters in size that live in both marine and fresh water. “Nematode worms have become the dominant group at sites we sampled that were impacted by the oil. So though the overall number of meiofauna may not have changed much, it’s that we’ve lost the incredible biodiversity.”

The research team, which included members from University of Nevada,Reno, Texas A&M University­Corpus Christi, NOAA’s National Centers for Coastal Ocean Science and representatives from BP, is conducting the research for the Technical Working Group of the NOAA­directed Natural Resource Damage Assessment.

Can Bacteria Combat Oil Spill Disasters? Science Daily
Teams of international scientists have decrypted the effectiveness of two types of bacteria, which could be used in the future to help combat oil spill disasters…