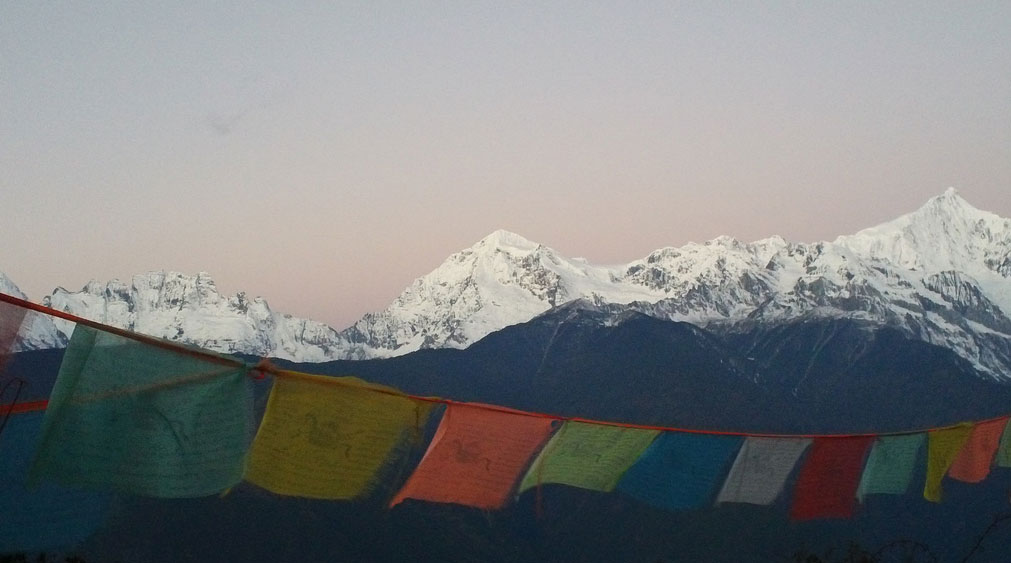 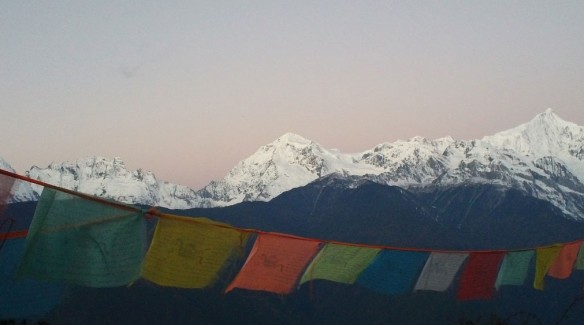 Tibetan prayer flags in front of Meili Snow Mountains.
China’s construction of dams on the Lancang (or Upper Mekong) threatens a complex ecosystem downstream that supports over 60 million people in Southeast Asia. Five megadams have already been built, eight are underway, and several more are being planned upstream in Tibet and Qinghai. Guonian Dam, however, was cancelled in early 2012 because, according to the dam developer Hydrolancang, its reservoir would have accelerated glacier melt on the sacred Kawagebo mountain (part of the Meili Snow Mountains). In October 2012, International Rivers went to investigate the current status of dam building on the Lancang River to verify this news. Captions and Photo Source: ©© International Rivers

China is engaged in a push to build hydroelectric dams on a scale unprecedented in human history. While being touted for producing lower-emission electricity, these massive dam projects are wreaking havoc on river systems across China and Southeast Asia…

China’s Dams, International Rivers
Dammed, diverted and polluted, China’s rivers are reaching an ecological tipping point. China has more large dams than any other country in the world, including the world’s largest – the Three Gorges Dam.