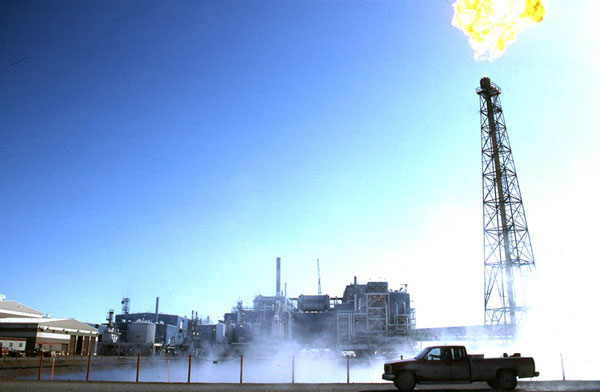 Drilling Will Cost the Arctic its Wildness 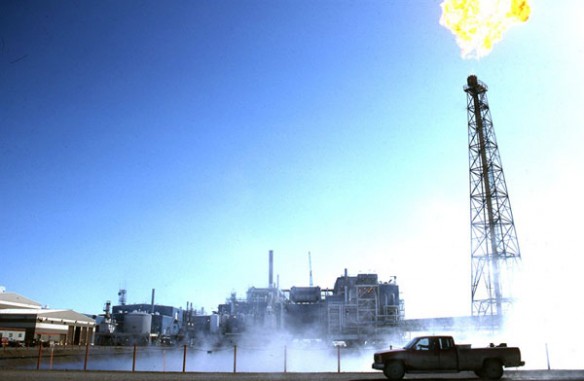 Prudhoe Bay Oil Field is a large oil field on Alaska’s North Slope. It is the largest oil field in both the United States and in North America, covering 86,418 ha and originally containing approximately 25 billion barrels (4.0×109 m3) of oil. On March 2, 2006, a a large oil spill was discovered in western Prudhoe Bay. Up to 1,010,000 liter were spilled, making it the largest oil spill on Alaska’s north slope to date. The spill was attributed to a pipeline rupture. Other environmental impacts of this huge oil field include fragmentation and disruption of America’s formerly largest tundra wilderness area. Captions and Photo source: Peter Prokosch / UNEP

The Arctic has long repelled most industrial development, despite vast reserves of oil and gas. And no wonder: As the Pew Charitable Trusts reports in its recommendations for Arctic drilling standards, released in September to help inform the U.S.’s rulemaking efforts, it’s sealed in ice 75 percent of the time, in complete darkness for three months, and even during the summer when the ice pack has mostly receded, there are still high seas, wind, freezing temperatures, dense fog, and floating ice hazards. Anyone doing business in the Arctic needs to be prepared for self-rescue…

Shell Plans Return To Offshore Drilling In Alaska Next Year, (Uploaded 12-05-2013)
Royal Dutch Shell Plc aims to return to Alaskan offshore drilling next July by deploying an upgraded drillship in the Chukchi Sea, while keeping a newly contracted backup drillship ready if needed…