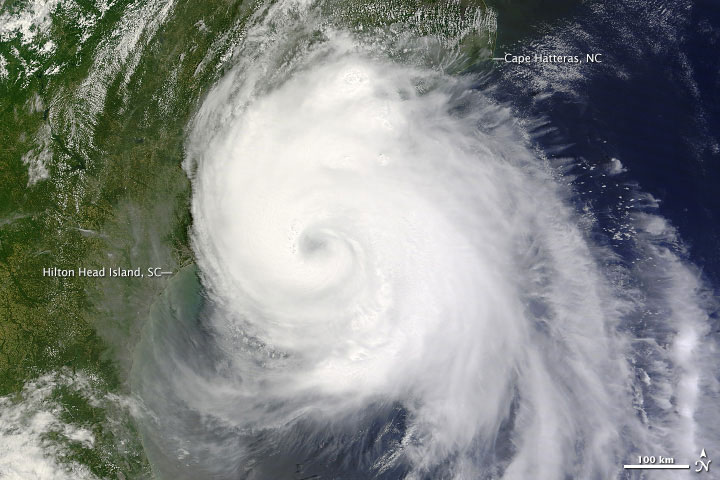 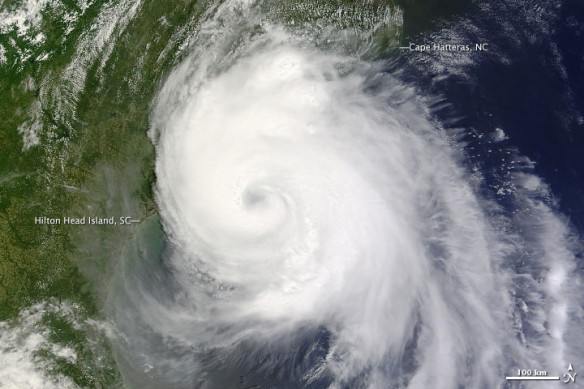 The Moderate Resolution Imaging Spectroradiometer (MODIS) on NASA’s Terra satellite acquired the above image of the storm at 12:15 p.m. on July 3, by which time the storm had become a hurricane. Arthur had winds of 150 kilometers per hour (90 miles per hour) and stronger gusts. Captions and Photo source: NASA / earth Observatory

Cyclone Arthur pelted parts of far eastern Maine and southeastern Canada with heavy rain and strong winds on Saturday, as the storm that had been a hurricane swept away from southern New England…

Damage but no casualties as Arthur hit some, missed some NC beaches, News Observer
The day after Hurricane Arthur roared ashore at Shackleford Banks with 100 mph winds whipping, the season’s first hurricane left dramatically different legacies on opposite ends of the North Carolina coast…