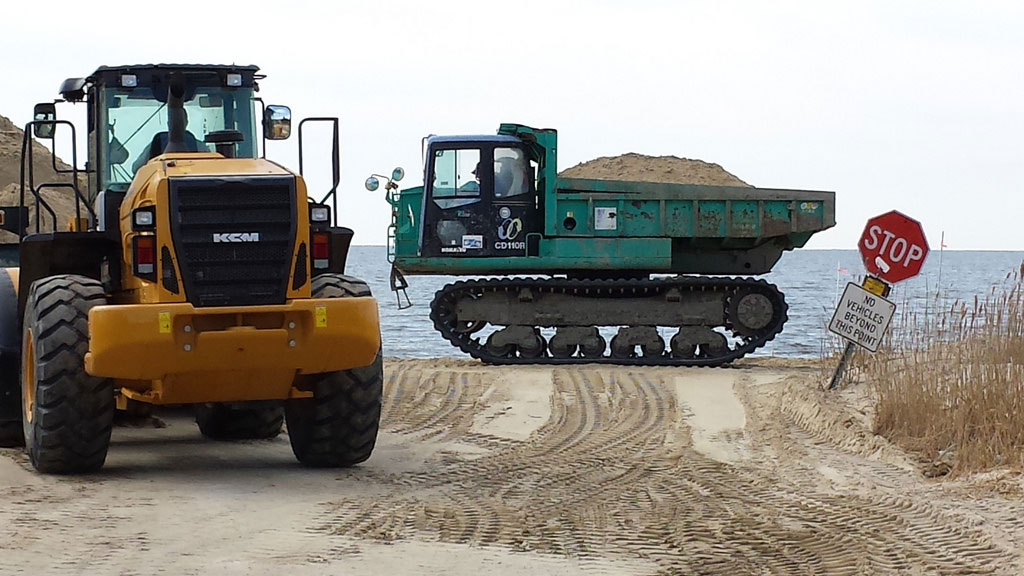 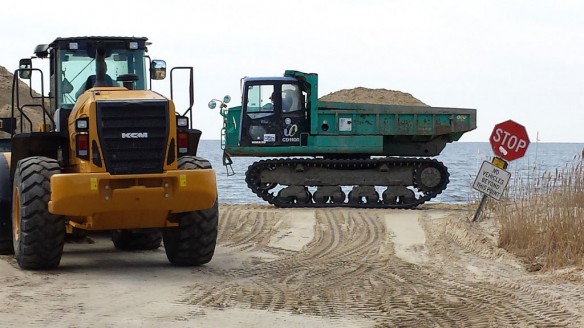 When Superstorm Sandy rolled over the Jersey shore, it washed away some 20 million cubic yards of beach sand. Replacing that resource is not optional, many believe, because decimated beaches kill tourism economies and leave coastal areas more vulnerable to damage from the next storm.

So where does the sand come from to replenish, or “nourish” those beaches? In the future, it may come from the ocean floor.

Sand and gravel extraction in the federally regulated waters three miles offshore is emerging as an issue that is both potentially threatening to the ecosystems on the ocean floor and potentially a boon for the urgent need to rebuild beaches.

After Superstorm Sandy, states are again scrambling for sand, Fugate said, and the feds are helping them find it. The Bureau of Ocean Energy Management—or BOEM—is awarding $10 million to 13 states,to map and identify sand and gravel in federal waters, he said…

A Beach Project Built on Sand; By Robert S. Young, PhD; in The New York Times (09-22-2014)
Earlier this month, Gov. Andrew M. Cuomo announced a $207 million plan to dredge millions of tons of sand off the south shore of Long Island and spread it along the beaches and dunes. It is a colossal waste of money and another consequence of the nation’s failure to develop a coherent plan to address the risks from storms faced by states along the eastern seaboard and gulf coast…

Sand Wars, An Investigation Documentary, By Denis Delestrac
Is beach sand an infinite resource? Can the existing supply satisfy a gigantic demand fueled by construction booms? What are the consequences of intensive beach sand mining for the environment and the neighboring populations…? This investigation takes us around the globe to unveil a new gold rush and a disturbing fact: the “Sand Wars” have begun.