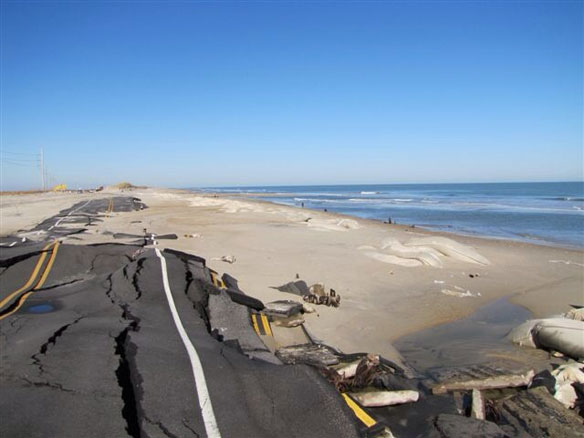 Runoff from pavement with coal-tar-based sealant is toxic to aquatic life, damages DNA, and impairs DNA repair, according to two studies by the U.S. Geological Survey published in the journals Environmental Science and Technology and Science of the Total Environment.

Pavement sealant is a black liquid sprayed or painted on the asphalt pavement of parking lots, driveways and playgrounds to improve appearance and protect the underlying asphalt. Pavement sealants that contain coal tar have extremely high levels of polycyclic aromatic hydrocarbons (PAHs). Coal tar is a known human carcinogen; several PAHs are probable human carcinogens and some are toxic to fish and other aquatic life.

Rainwater runoff collected as long as three months after coal-tar-sealcoat application caused 100% mortality to minnows and water fleas, which are part of the base of the food chain, when the test organisms were exposed to ultra-violet radiation to simulate sunlight. The full study, reported in the scientific journal Environmental Science and Technology, is available online.

Exposure of fish cells to coal-tar sealant runoff damaged their DNA and impaired the ability of the cells to repair DNA damage. “The simultaneous occurrence of DNA damage and impairment of DNA repair has important implications for cell health,” said Sylvie Bony, who led the study at the Ecole Nationale des Travaux Publics de l’Etat (ENTPE), a French research agency in Lyon, France. The study is reported in the scientific journal Science of the Total Environment.

The studies were done to address the concern that rainfall runoff occurring within hours or days of coal-tar-based sealant application might be toxic to fish and other organisms in streams. The two studies collected and tested simulated runoff at various times beginning just hours after coal-tar-sealant application.

“The USGS has been studying coal-tar-sealcoat as a source of PAHs for 10 years, and findings from these two studies are consistent with what is known about toxicity and genotoxicity of these chemicals,” said USGS scientist Barbara Mahler.

A previous publication detailed the chemical concentrations in runoff from coal-tar-sealed pavement at a range of times following sealant application. The results, reported in the scientific journal Environmental Pollution, are available online.

Coal-tar sealants have significantly higher levels of PAHs and related compounds compared to asphalt-based pavement sealants and other urban sources, including vehicle emissions, used motor oil, and tire particles. Previous studies have concluded that coal-tar sealants are a major source of PAHs to lake sediments in commercial and residential settings, and that people living near pavement sealed with coal-tar sealant have an elevated risk of cancer…