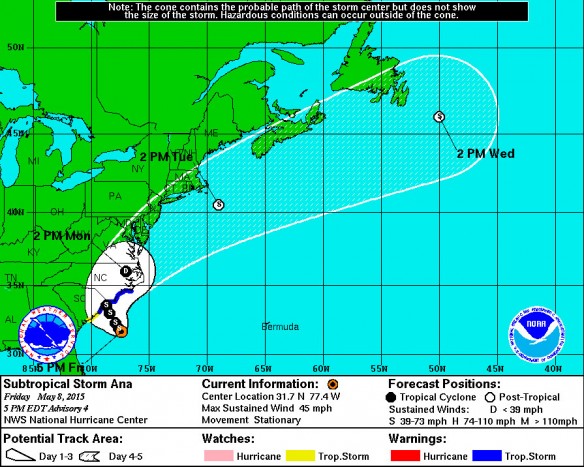 Meteorologists expanded a tropical storm warning for part of the North Carolina and South Caroline coastline on Friday, according to the U.S. National Hurricane Center.