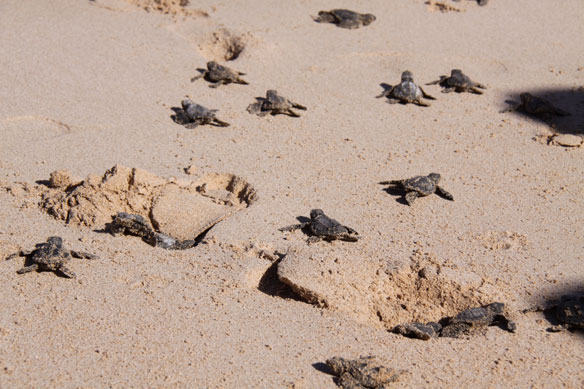 A huge ground survey covering nearly 600 km of Gabon’s coastline has uncovered the largest breeding colony of olive ridley turtles in the Atlantic. The study, published in the journal Biological Conservation, is the first to combine existing monitoring data with a back-to-basics coastal survey of the area. The results suggest that Gabon hosts the most important rookery for this species in the Atlantic…

The Plastic Found In a Single Turtle’s Stomach, The Independent