At least 2.5 million metric tons of the country’s magnetite were shipped to China from almost five years of controversy-ridden blacksand mining operations in the province of Cagayan, government records showed.

The volume comprised a total of about 331 shipments that got out of Port Irene, the main port of the Cagayan Special Economic Zone and Freeport in Santa Ana town…

Supreme Court Asked to Halt Black Sand Mining, Philippines (Uploaded 05-10-2012)
To prevent further destruction of the coastline, public officials and concerned citizens filed with the Supreme Court to issue a writ against a mining project to extract black sand. 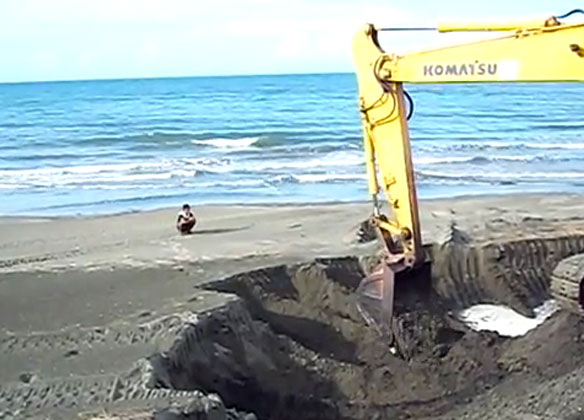