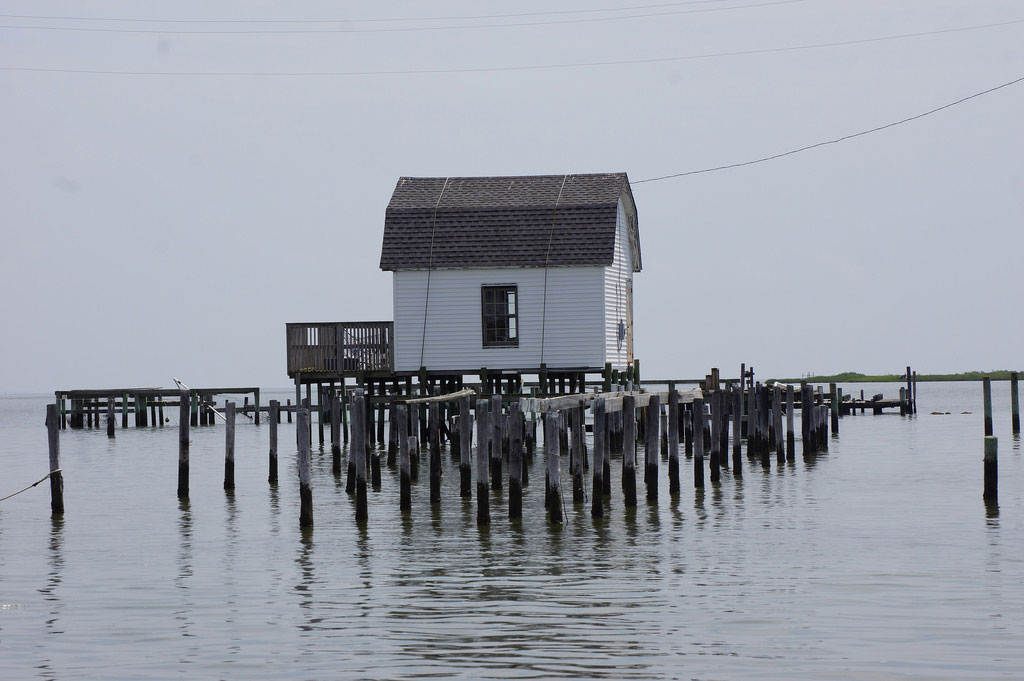 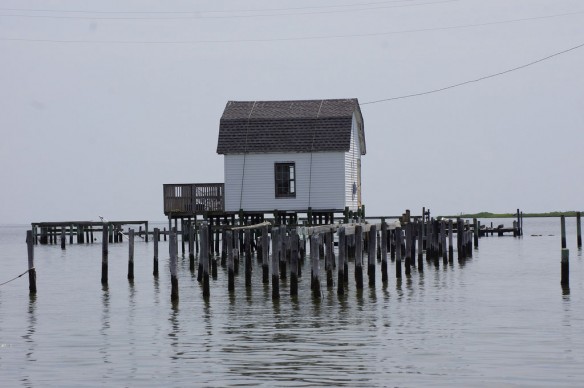 The Chesapeake Bay’s Tangier Island, the site of the town of Tangier (population 727), will become uninhabitable under a midrange estimate of sea level rise due to climate change by 2063, researchers report in the Dec. 10 issue of the journal Scientific Reports…

Communities of Southern Chesapeake Bay Find Sea Level Rise Heightened by Sinking Land, USGS (12-11-2013)
Communities and coastal habitats in the southern Chesapeake Bay region face increased flooding because, as seawater levels are rising in the bay, the land surface is also sinking. A new USGS report concludes that intensive groundwater withdrawals are a major cause of the sinking land, that contributes to flooding risks in the region…

Tangier Island: Another Disappearing Island In The Chesapeake Bay, a BBC Video Documentary (11-29-2011)
Tangier Island lies in the middle of the Chesapeake Bay and is 92 miles (148km) southeast of Washington, DC. This small piece of land is barely above sea level and its 500 residents are fighting for its survival…