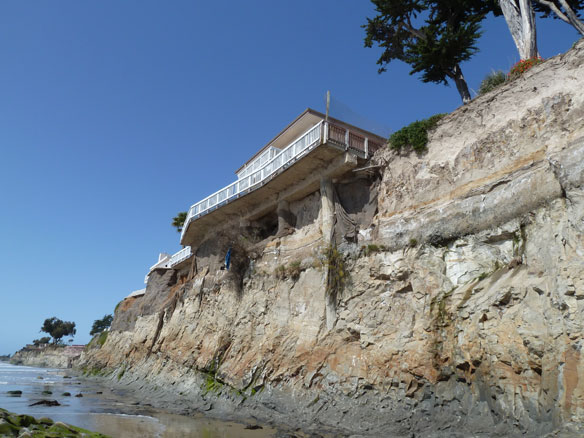 Pacifica is a prime example of what many coastal communities on the West Coast will face as sea levels continue to rise. Inevitably, more bluffs will erode, more shoreline will disappear, and people will have to either adjust current buildings and infrastructure, or evacuate.

Scientists have warned about this for decades, and sea level rise research has been ramping up in recent years to provide policymakers and developers with the information they need to create plans and help coastal communities adapt. Here’s a look at five influential studies…

US West Coast Erosion Spiked In Winter 2009-10, Previewing Likely Future As Climate Changes, USGS (07-12-2011)
Knowing that the U.S. west coast was battered during the winter before last by a climatic pattern expected more often in the future, scientists have now pieced together a San Diego-to-Seattle assessment of the damage wrought by that winter’s extreme waves and higher-than-usual water levels…

Coastal erosion needs our attention, South Coast Today (01-04-2016)
65 acres of Massachusetts coastline is carried away every year by raging storms and rising seas. That’s not a problem unless we build a house on the beach…