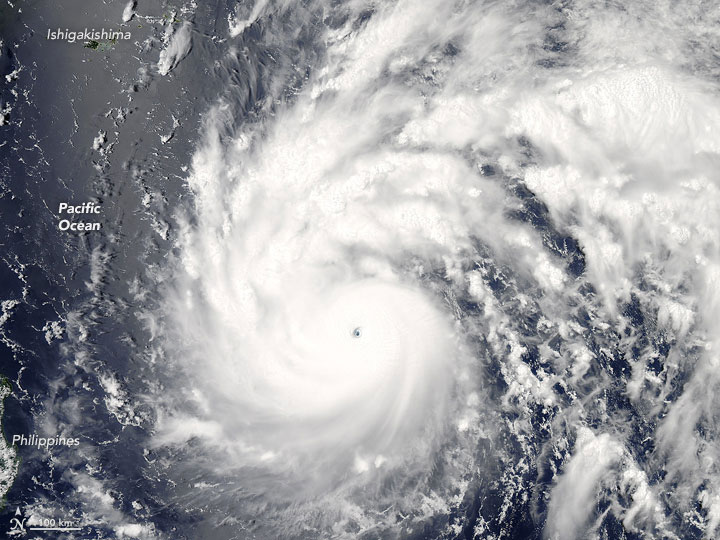 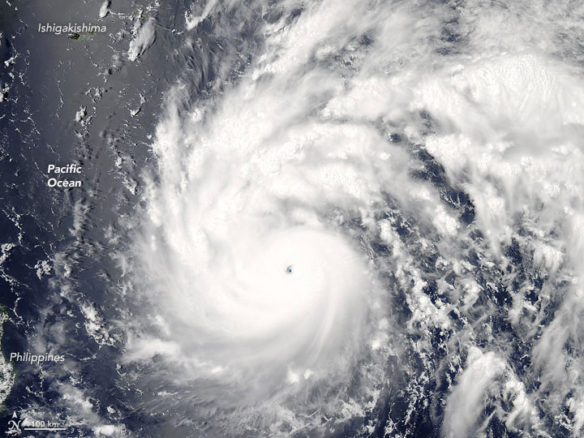 In early July 2016, storm clouds churned above the western Pacific Ocean as a super typhoon swept toward Taiwan. Over the course of 48 hours on July 5 and 6, Nepartak intensified from a tropical storm to a category 5 typhoon, according to Unisys Weather. The storm is predicted to make landfall on the island nation on July 7, before moving up the coast of southeastern China. Caption and Photo source: NASA / Earth Observatory

The typhoon, the first of the year, was expected to make landfall on Taiwan’s east coast in the city of Hualien early Friday and then cross the Taiwan Strait and hit China Saturday. Large waves were already lashing the shore Ilan port city in Taiwan Thursday…