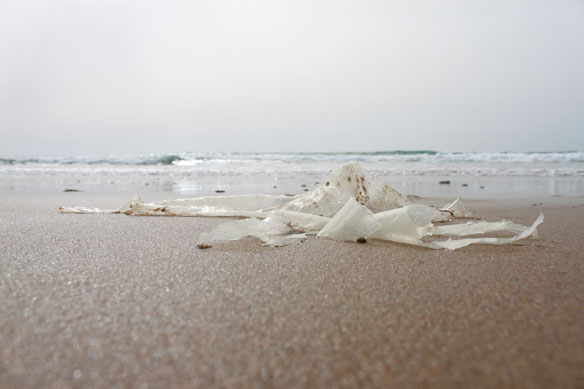 Photographer Vilde Rolfsen thinks political art is more important than ever. Vilde Rolfsen’s photos ― which resemble aerial shots of mountain ranges ― aren’t showing nature at all. Just the opposite: Her series “Plastic Bag Landscapes” catalogs waste that she found in the street…