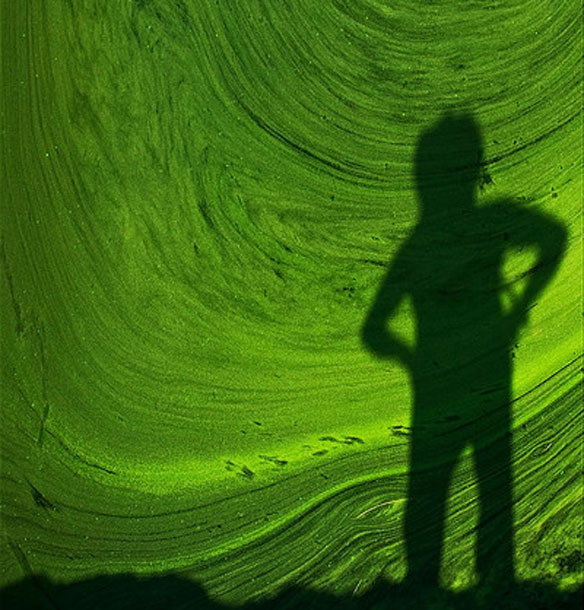 Gov. Rick Scott, declared a state of emergency midweek in Martin, St. Lucie, Lee and Palm Beach counties because of the toxic algae bloom that originated in Lake Okeechobee and spread to the beaches.

The Army Corps of Engineers released nutrient-heavy water into the St. Lucie Estuary as part of their flood control measures. The algae outbreak eventually reached the beaches. To make matters worse, a massive algae bloom was already covering the lake…

Toxic Algae Blooming in Warm Water from California to Alaska, (08-05-2015)
A vast bloom of toxic algae off the West Coast is denser, more widespread and deeper than scientists feared even weeks ago…