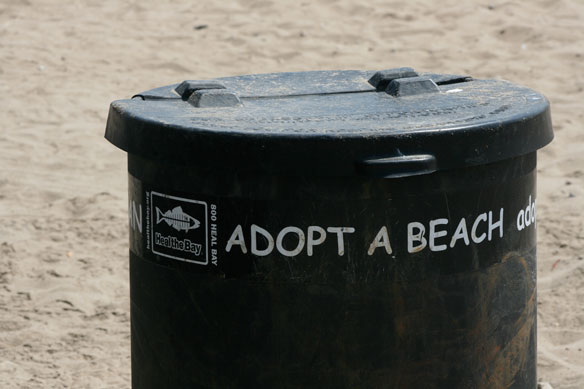 New galvanized steel trash cans festooned with the students’ creative artwork are being placed at several public beach accesses along 11 miles of oceanfront.

Vibrantly-colored designs draw beach with the expectation that trash will more likely find its way into the containers if they are eye-catching.

A community arts collaboration between the Town of Nags Head and First Flight High School, the OBCan project, is in its sixth year…