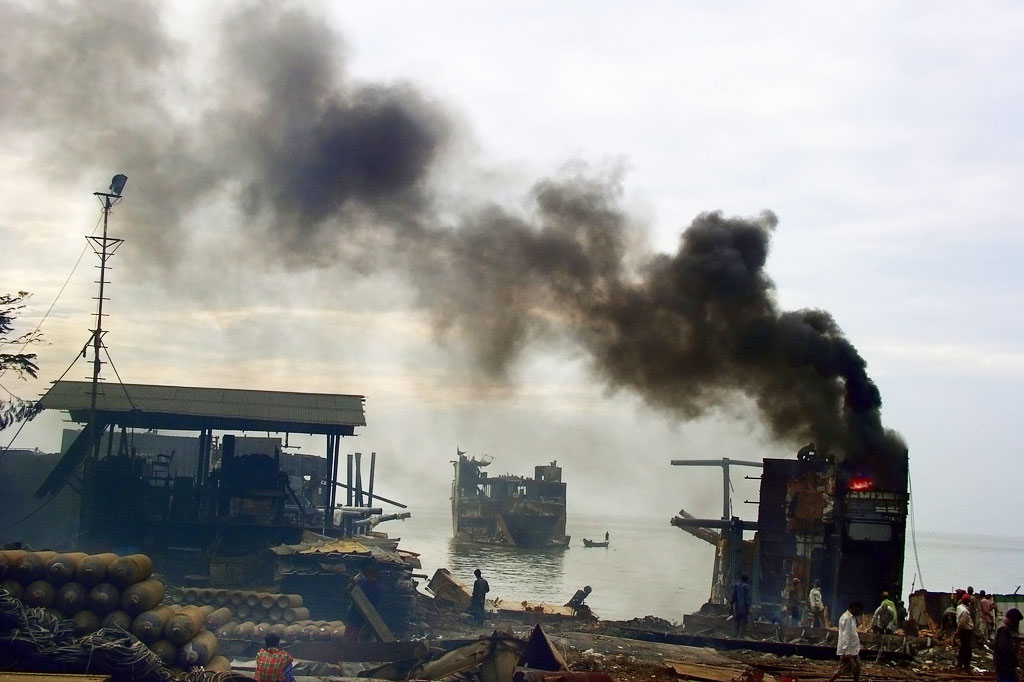 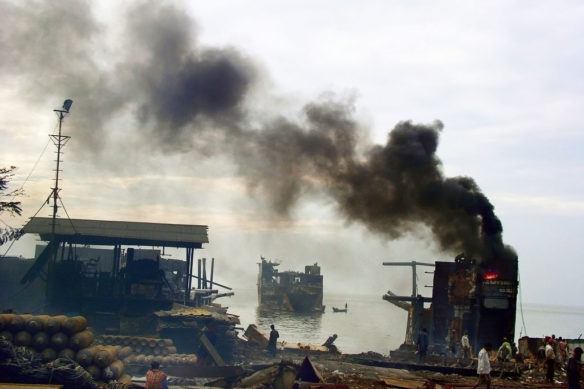 While outwardly against the procedure, 14 ships of its ships were being broken up on open beaches in India and Bangladesh.

The Danish oil and shipping company Maersk finds itself in turbulent seas following the revelations that 14 of its ships were scrapped on notorious beaches in Bangladesh and India in 2013 and 2014.

Outwardly, the company blasted the use of the scrapping beaches, but meanwhile it was reportedly earning money by pushing a German shipping company to try and get the best steel price at the very same beaches for 14 of its ships, according to confidential contracts Politiken, TV2 News and DanWatch are in possession of.

Breaking Bad on the Beach, NASA / Earth Observatory (09-28-2014)
Tens of thousands of ships ply the world’s oceans, bays, and rivers. But what happens when those ships have become too old or too expensive to operate? In most cases, they end up on the shores of Asia…literally…

Chittagong Beach Ship Breaking Yards, Bangladesh, Guardian UK (05-05-2012)
Stretched along 12 miles of what just a decade ago was a pristine sandy beach, ore carriers, container ships, gas tankers, cruise liners and cargo ships of every size and description are being dismantled by hand in 140 similar yards, at Chittagong beach Ship Breaking Yard, Bangladesh, the world’s second largest ship breaking area. Every year more than 250 redundant ships, many from Britain and Europe, come here to be broken up…

The Ship-Breakers, National Geographic (05-2014)
In Bangladesh men desperate for work perform one of the world’s most dangerous jobs…