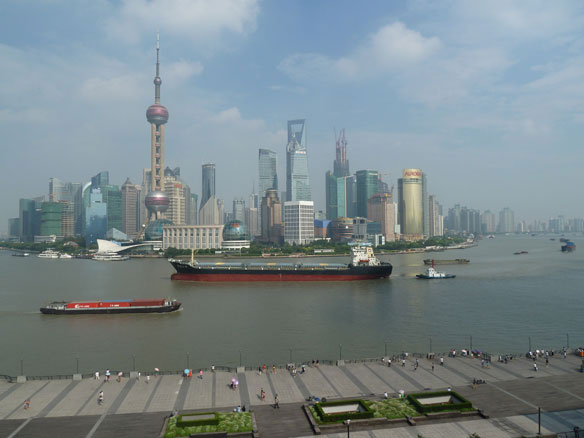 Worldwide Ship Traffic Up 300 Percent Since 1992

Maritime traffic on the world’s oceans has increased four-fold over the past 20 years, likely causing more water, air and noise pollution on the open seas, according to a new study quantifying global ship traffic.

The research used satellite data to estimate the number of vessels on the ocean every year between 1992 and 2012.

China’s Growth Fuels Boom in World Shipping Traffic, National Geographic
The study reveals that ship traffic—and the environmental impact that goes with it—has been booming even faster than the volume of international trade…

The Prevention and Control of Shipping and Port Emissions in China, NRDC (10-28-2014)
China is home to seven of the world’s ten busiest container ports. About 26 percent of the world’s containers pass through the top ten Chinese ports every year. Every ship and truck brings pollution along with its cargo, and China is paying a high price for pollution from shipping…