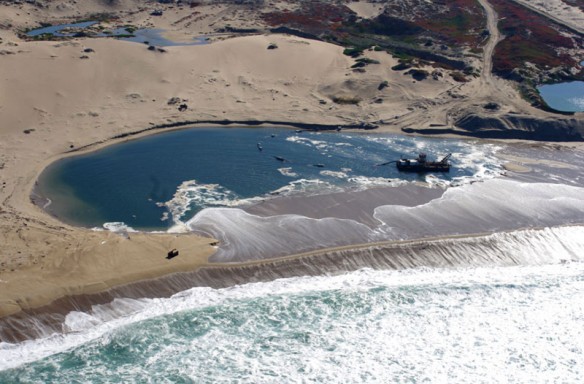 The white pilothouse poking above the dunes on a remote beach in Monterey Bay is the first sign to visitors of an anachronistic industry that critics say is eating away California’s quintessential seacoast.

The Lapis Sand Plant, in operation since 1906, is the nation’s last coastal sand mine. It is believed to extract roughly 270,000 cubic yards of sand per year from a dredging pond on the beach, according to geologists and oceanographers who have studied the impacts.

The California Coastal Commission has threatened to close the plant, but the company refuses to relinquish its claim to the uniquely coarse amber-colored Monterey sand, which it calls “Lapis Lustre.”

But getting rid of the mine won’t be easy. Cemex is the world’s second largest building materials company, and any attempt to kick it out is likely to immerse the state in years of expensive litigation…