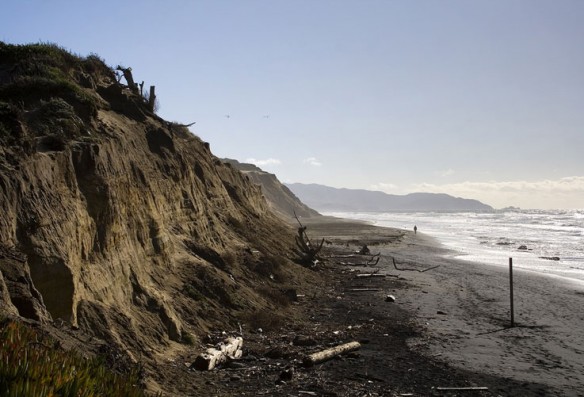 Environmentalists are suing the state in an effort to reduce sand mining inside San Francisco Bay that they contend is shrinking a popular beach and habitat for an endangered bird.

Sand Wars, An Investigation Documentary, By Mutlti-Awards Winner Filmmaker Denis Delestrac (©-2013)
“Sand is the second most consumed natural resource, after water. The construction-building industry is by far the largest consumer of this finite resource.
Concrete is made with cement, water, sand and gravel.The traditional building of one average-sized house requires 200 tons of sand; a hospital requires 3,000 tons of sand; each kilometer of highway built requires 30,000 tons of sand… A nuclear plant, a staggering 12 million tons of sand…