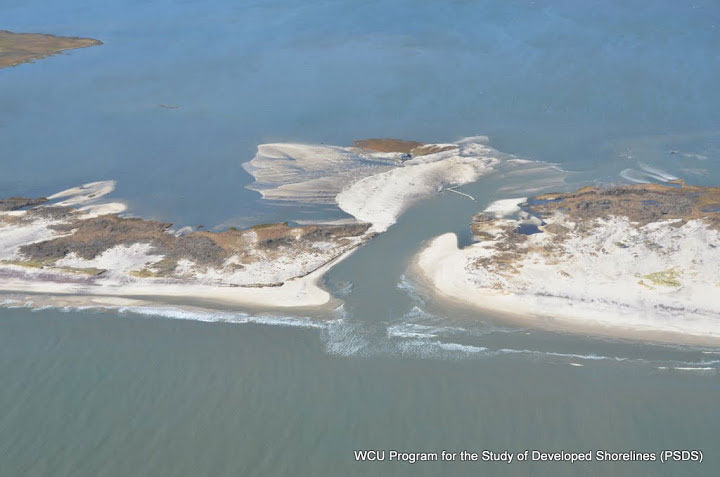 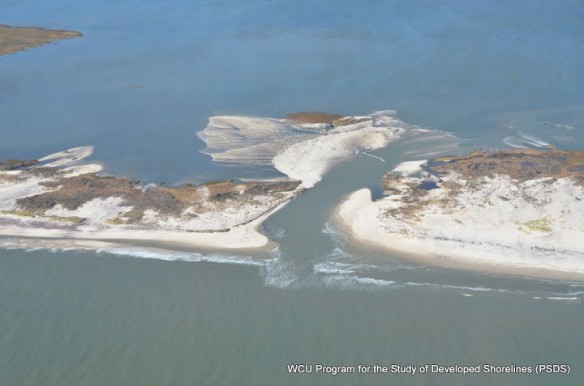 The Beach and Tidal Habitat Inventories, which was compiled by Tracy Rice, a coastal geologist who is with Terwilliger Consulting Inc. in Pennsylvania, covers the East Coast from Maine to the North Carolina-South Carolina border, and is based on Google Earth data that show changes in the beaches and inlets from Hurricane Sandy, and by man, from 2012 through 2015. It’s intended to be used by beach managers, local, state and federal agencies and others who are involved in coastal environmental and marine life issues, but it’s freely available to anyone.

Examples of manmade changes include erection of sand fences, beach re-nourishment projects and other hard structures, such as groins and jetties…

“Beach and Tidal Habitat Inventories,” released by the North Atlantic Landscape Conservation Cooperative.
This project inventoried modifications to both tidal inlet and sandy, oceanfront beach habitats along the Atlantic coast from Maine through North Carolina. Three distinct time periods were assessed: before Hurricane Sandy (early 2012), immediately after Hurricane Sandy (November 2012), and three years after Hurricane Sandy (2015) to document modifications to sandy beaches and tidal inlet habitat in response to the stormy. The inventories and series of reports were generated using Google Earth imagery.