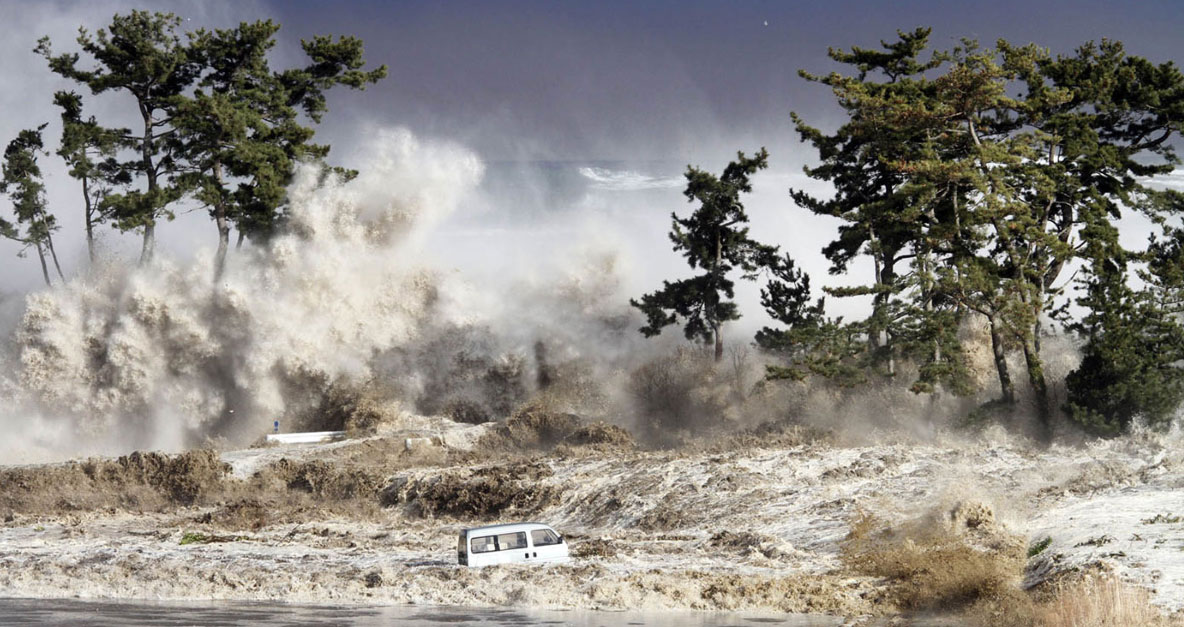 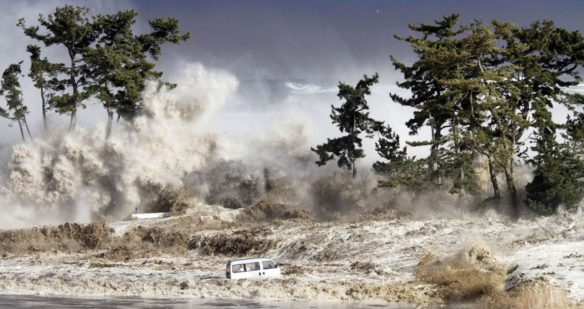 A new NASA study is challenging a long-held theory that tsunamis form and acquire their energy mostly from vertical movement of the seafloor.

An undisputed fact was that most tsunamis result from a massive shifting of the seafloor — usually from the subduction, or sliding, of one tectonic plate under another during an earthquake. Experiments conducted in wave tanks in the 1970s demonstrated that vertical uplift of the tank bottom could generate tsunami-like waves. In the following decade, Japanese scientists simulated horizontal seafloor displacements in a wave tank and observed that the resulting energy was negligible. This led to the current widely held view that vertical movement of the seafloor is the primary factor in tsunami generation.

In 2007, Tony Song, an oceanographer at NASA’s Jet Propulsion Laboratory in Pasadena, California, cast doubt on that theory after analyzing the powerful 2004 Sumatra earthquake in the Indian Ocean. Seismograph and GPS data showed that the vertical uplift of the seafloor did not produce enough energy to create a tsunami that powerful. But formulations by Song and his colleagues showed that once energy from the horizontal movement of the seafloor was factored in, all of the tsunami’s energy was accounted for. Those results matched tsunami data collected from a trio of satellites -the NASA/Centre National d’Etudes Spatiales (CNES) Jason, the U.S. Navy’s Geosat Follow-on and the European Space Agency’s Environmental Satellite.

Further research by Song on the 2004 Sumatra earthquake, using satellite data from the NASA/German Aerospace Center Gravity Recovery and Climate Experiment (GRACE) mission, also backed up his claim that the amount of energy created by the vertical uplift of the seafloor alone was insufficient for a tsunami of that size.

“I had all this evidence that contradicted the conventional theory, but I needed more proof,” Song said.

His search for more proof rested on physics — namely, the fact that horizontal seafloor movement creates kinetic energy, which is proportional to the depth of the ocean and the speed of the seafloor’s movement. After critically evaluating the wave tank experiments of the 1980s, Song found that the tanks used did not accurately represent either of these two variables. They were too shallow to reproduce the actual ratio between ocean depth and seafloor movement that exists in a tsunami, and the wall in the tank that simulated the horizontal seafloor movement moved too slowly to replicate the actual speed at which a tectonic plate moves during an earthquake.

“I began to consider that those two misrepresentations were responsible for the long-accepted but misleading conclusion that horizontal movement produces only a small amount of kinetic energy,” Song said.

To put his theory to the test, Song and researchers from Oregon State University in Corvallis simulated the 2004 Sumatra and 2011 Tohoku earthquakes at the university’s Wave Research Laboratory by using both directly measured and satellite observations as reference. Like the experiments of the 1980s, they mimicked horizontal land displacement in two different tanks by moving a vertical wall in the tank against water, but they used a piston-powered wave maker capable of generating faster speeds. They also better accounted for the ratio of how deep the water is to the amount of horizontal displacement in actual tsunamis.

The new experiments illustrated that horizontal seafloor displacement contributed more than half the energy that generated the 2004 and 2011 tsunamis.

“From this study, we’ve demonstrated that we need to look at not only the vertical but also the horizontal movement of the seafloor to derive the total energy transferred to the ocean and predict a tsunami,” said Solomon Yim, a professor of civil and construction engineering at Oregon State University and a co-author on the study.

The finding further validates an approach developed by Song and his colleagues that uses GPS technology to detect a tsunami’s size and strength for early warnings.

The JPL-managed Global Differential Global Positioning System (GDGPS) is a very accurate real-time GPS processing system that can measure seafloor movement during an earthquake. As the land shifts, ground receiver stations nearer to the epicenter also shift. The stations can detect their movement every second through real-time communication with a constellation of satellites to estimate the amount and direction of horizontal and vertical land displacement that took place in the ocean. They developed computer models to incorporate that data with ocean floor topography and other information to calculate the size and direction of a tsunami.

“By identifying the important role of the horizontal motion of the seafloor, our GPS approach directly estimates the energy transferred by an earthquake to the ocean,” Song said. “Our goal is to detect a tsunami’s size before it even forms, for early warnings.”

The study is published in Journal of Geophysical Research — Oceans.