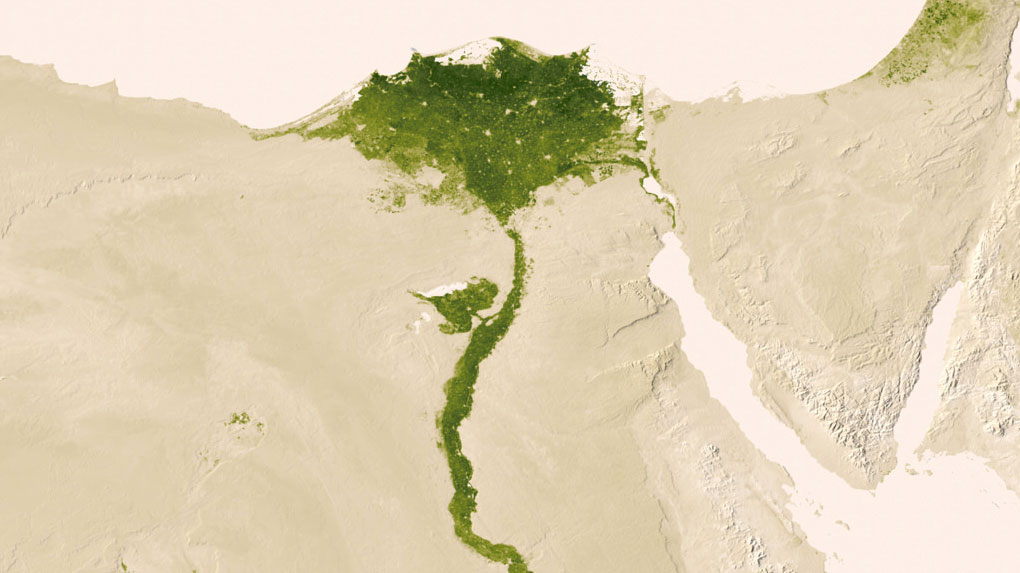 The Vanishing Nile: A Great River Faces a Multitude of Threats 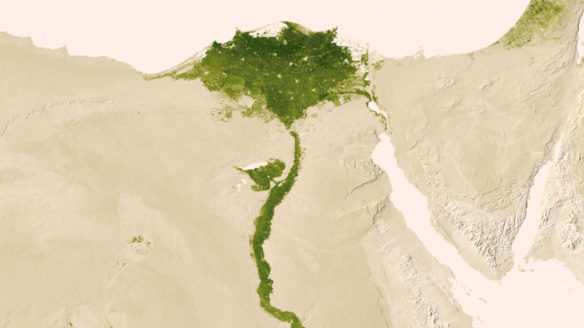 Urbanized areas of northern Egypt are visible amidst the deserts of Egypt. The image also shows the Nile River which provides life-sustaining water to the region. Captions and Photo source: NASA Goddard Space Flight Center

The Nile River is under assault on two fronts – a massive dam under construction upstream in Ethiopia and rising sea levels leading to saltwater intrusion downstream.

Environmental degradation is often an underlying cause of international crises and Egypt could become the latest example, with its 95 million people the likely victims of a slow motion catastrophe brought on by grand-scale environmental mismanagement…

Nile Delta Disappearing Beneath the Sea; (01-29-2014)
The IPCC predicts a sea level rise of 28 to 98 centimetres by 2100. Even by the most conservative estimate, this would destroy 12.5 percent of Egypt’s cultivated areas and displace about eight million people, or nearly 10 percent of the population. But it is not just rising sea levels that threaten Egypt’s northern coast, the delta itself is sinking.