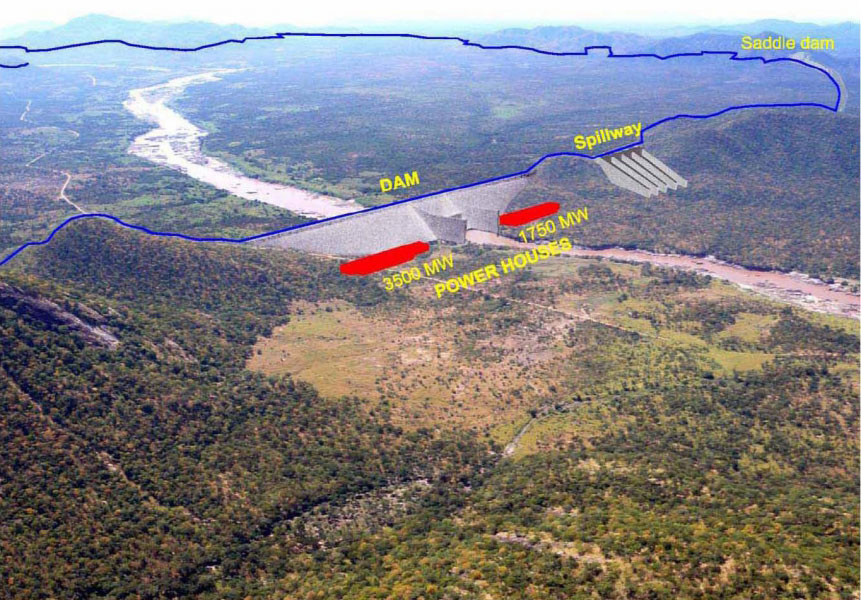 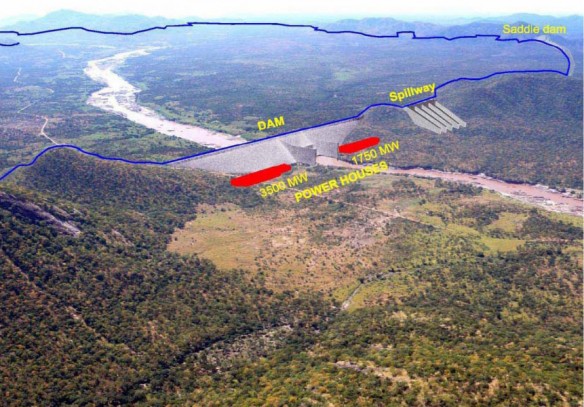 Rendering of The Grand Ethiopian Renaissance Dam (GERD). The Grand Ethiopian Renaissance Dam (formerly known as Project X or the Grand Millennium Dam), will flood 1,680 square kilometers of forest in Ethiopia and create a reservoir that is nearly twice as large as Lake Tana, Ethiopia’s largest natural lake. Approximately 20,000 people will be resettled for the project…Captions and Image by International Rivers

The Grand Ethiopian Renaissance Dam Fact Sheet, International Rivers
Ethiopia is building one of the largest dams in the world, the Grand Ethiopian Renaissance Dam (GERD), on the River Nile near the Sudan border. The dam will flood 1,680 square kilometers of forest in northwest Ethiopia (an area about four times the size of Cairo), displace approximately 20,000 people in Ethiopia, and create a reservoir that will hold around 70 billion cubic meters of water – equivalent to the entire annual flow of the Blue Nile at the Sudan border.
Although it is Africa’s biggest dam project and will have lasting impacts on its longest river, the GERD has been developed under a veil of secrecy. The dam will impact Ethiopians and downstream neighbors, yet its planning process has been top-down and unilateral. The public and dam-affected people have not been given a meaningful opportunity to critique the project or process. The Ethiopian government has stated it will not make changes to the project…