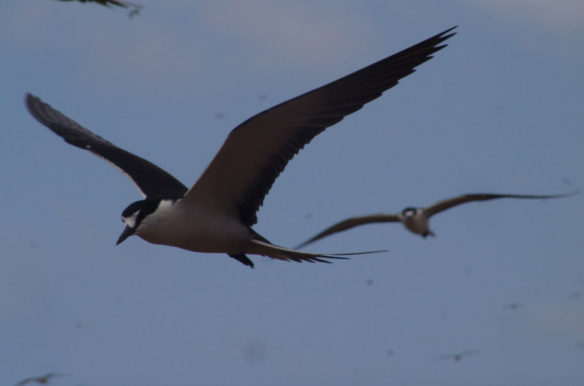 Stronger and more frequent hurricanes may pose a new threat to the sooty tern, a species of migratory seabird found throughout the Caribbean and Mid-Atlantic, a new study reveals. The study is the first to map the birds’ annual migratory path and demonstrate how its timing and trajectory place them in the direct path of hurricanes moving into the Caribbean from the Atlantic. Climate change may increase the risk.

Although sooty terns are neither rare nor endangered — 80,000 or more of them are estimated to breed in the Dry Tortugas each year — they have long been used by scientists as an indicator species to determine the health of the region’s marine environment…