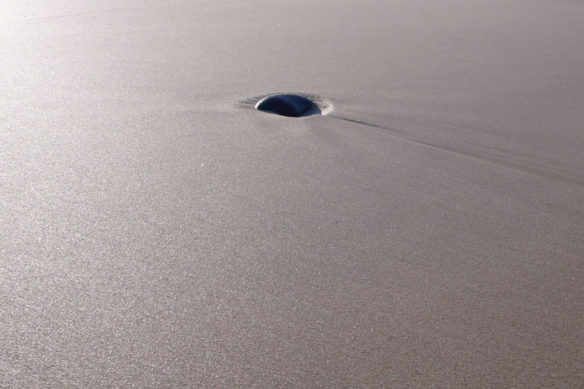 Millions of acres of rainforests are destroyed every year. The ice caps are melting. Experts predict the world’s supply of clean water will come under serious threat in the future. But for all of our self-inflicted natural resource problems, at least we have an inexhaustible supply of sand to count on, right? It turns out the real answer to that question isn’t so simple.

Later this month, Dutch Design Week will host a symposium entitled “The Abundance and Scarcity of Sand,” which is “focused on the critical discussion of sand as one of the most quickly disappearing natural resources in the world.” Notable speakers include Michael Welland, a geologist and author whose book, Sand, highlights the unseen role of this resource in our ecosystems, as well as Denis Delestrac, whose 2013 documentary, Sand Wars, showcased the lengths that contractors and smugglers alike will go to hoard and sell a commodity second only to freshwater, in terms of consumption.

It might seem odd for a design symposium to take sand so seriously, but the looming crisis could seriously threaten the supply of essential building materials like glass and concrete.

Between hard-to-enforce regulations, a growing number of dams that restrict sand movement, and a desire for short-term profits, sand is a far more finite commodity than most of us likely assume…