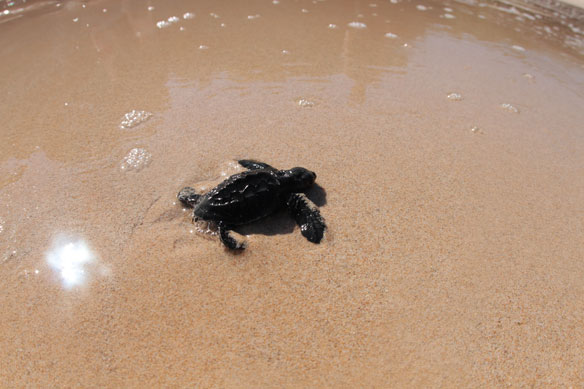 As many as 300 to 400 dead sea turtles were found off the coast of El Salvador in Jiquilisco Bay late last month.

The massive die off in El Salvador raises big questions for scientists, as authorities are still in the process of collecting information, and details on exact numbers or the cause of the die off have been scarce…

Hundreds of Sea Turtles Found Dead Off the Coast of El Salvador; Smithsonian (11-03-2017)
Authorities aren’t sure what caused the die-off, but a prime suspect is a toxic algal bloom…