A wider, deeper beach awaits Ocean City vacationers, but is it safe? 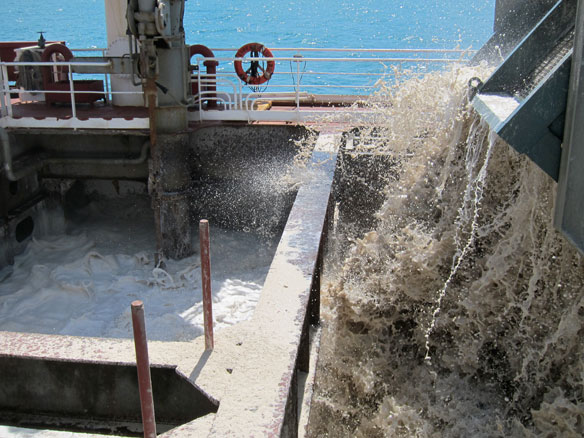 Onboard a sand dredger.
“Sand is the second most consumed natural resource, after water. The construction-building industry is by far the largest consumer of this finite resource. As of 2011-2012, when investigative filmmaker Denis Delestrac and team, were collecting and unveiling sand mining datas and information from the professionals involved, “…the sand business was estimated to be a $70 billion industry, worldwide…!” Captions and Photograph by Award-winning Filmmaker: ©2013 Denis Delestrac

Ocean City vacationers may notice deeper, wider beaches, the result of a $282 million sand-dredging project aimed at protecting the resort town from storm damage. But the work also raises concerns about surf injuries and swimmer safety.

Over the winter, the Army Corps of Engineers pumped enough sand to fill 275 Olympic-size swimming pools onto Maryland beaches, a chore jointly funded by the state and federal governments…