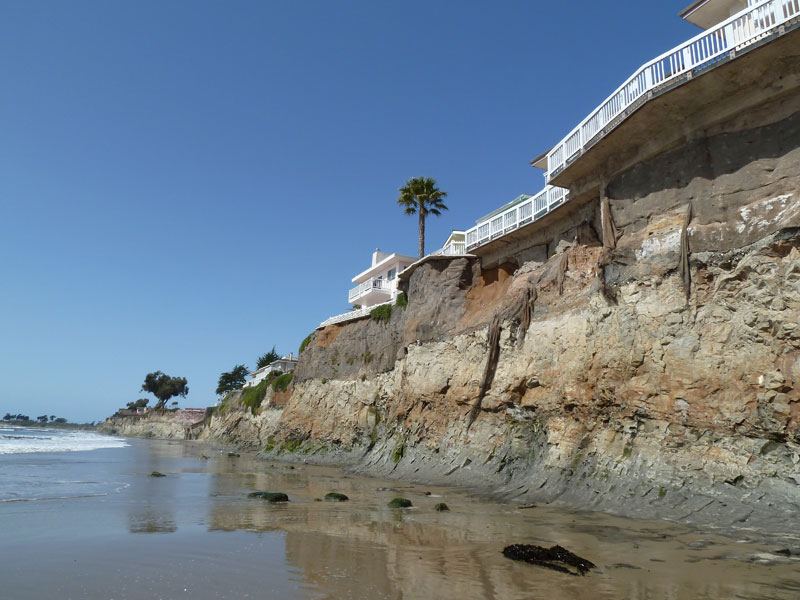 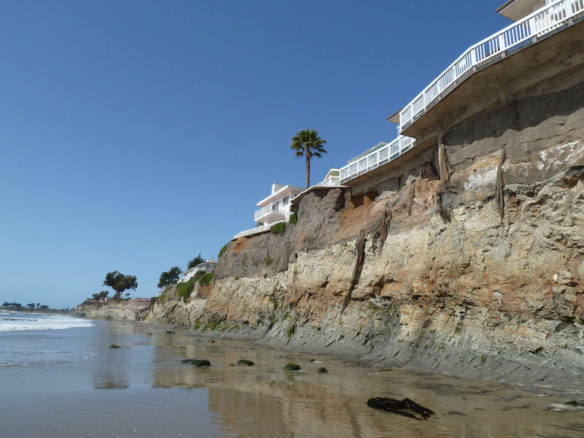 Coastal cliffs from Santa Barbara to San Diego might crumble at more than twice the historical rate by the year 2100 as sea levels rise.

The research also showed that for sea-level rise scenarios ranging from about 1.5 feet to 6.6 feet by 2100, bluff tops along nearly 300 miles of Southern California coasts could lose an average of 62 to 135 feet by 2100 – and much more in some areas.

USGS developed this forecast to help managers and policy makers understand how the coastline is going to respond to sea level rise over the 21st century, enabling them to make better-informed decisions. 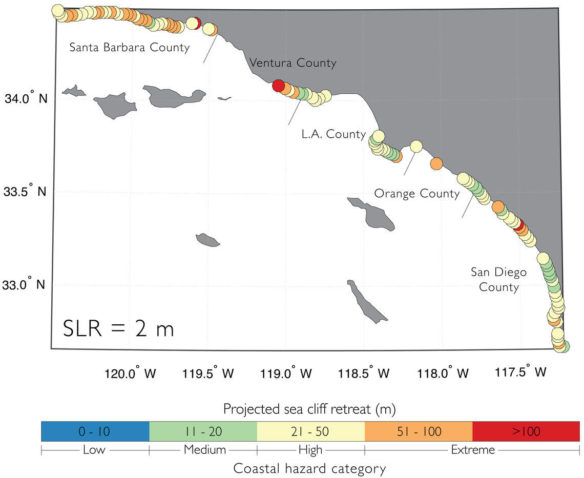 USGS researchers combined five different computer models that forecast how cliffs crumble in a manner similar to how meteorologists blend several hurricane forecasts to get the best predicted path of the storm. This is the first time anyone has reported an “ensemble forecast” for cliff retreat that produces a range of values for each section of coastline instead of each model yielding one number. Scientists used earlier studies to supply the erosion models with sea level rise values from 1.6 to 6.6 feet, long-term wave energy forecasts, and other data.

The study also noted that without the supply of sand from eroding cliffs, beaches in Southern California may not survive rising sea levels – and bluff-top development may not withstand the forecasted 62 to 135 feet of cliff recession. “Consequently,” wrote the study’s authors, “managers could be faced with a difficult decision between prioritizing private cliff-top property or public beaches by permitting or prohibiting cliff armoring, respectively.”

Yet these forecasts have limits. “There’s a lot about cliff erosion that we still don’t understand,” said Limber. “Caution should be exercised when applying this on a site-specific scale because the uncertainty is large. More research needs to be done so that the uncertainty is reduced.” 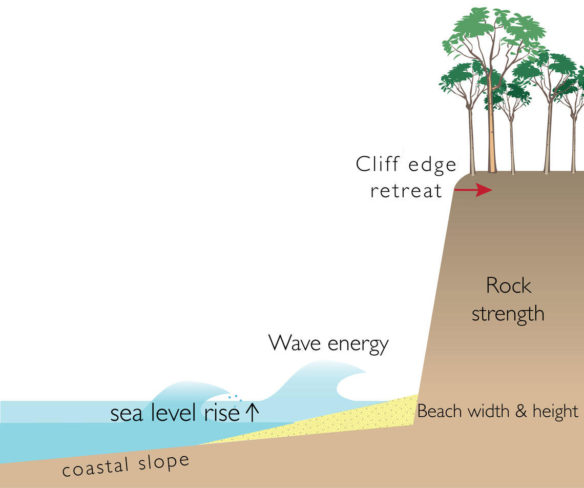 This study is part of a broader USGS-led effort to forecast climate change impacts across the Southern California coast using the Coastal Storm Modeling System.

“Coastal change, cliff retreat, sea level rise, and extreme storms could expose more than 250,000 residents and $50 billion in property to erosion or flooding in Southern California by the end of the century,” said Patrick Barnard, a USGS research geologist and co-author of the journal article.

California cliffs at risk of collapse identified; Science Daily (12-20-2017)
Danger – Unstable Cliffs – Stay Back: The yellow warning signs that pepper coastal cliffs from northern California to the US-Mexico border may seem overly dramatic to the casual observer. But actively eroding cliffs make up the majority of the California coastline…