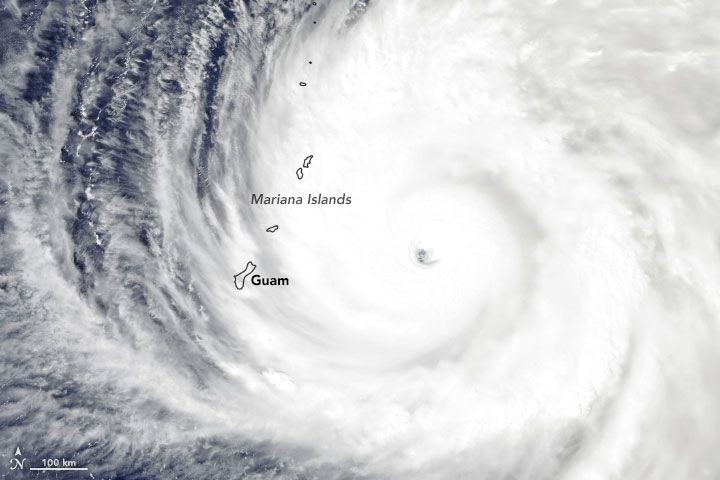 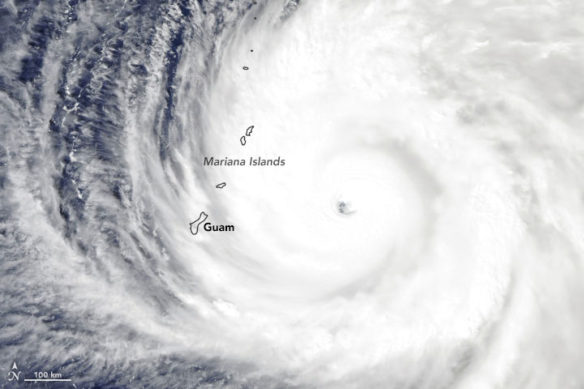 In just 30 hours from October 23-24, 2018, a tropical storm in the western Pacific Ocean exploded into a category 5 super typhoon. Now that storm has made a direct hit on Tinian and Saipan in the Northern Mariana Islands.Super Typhoon Yutu has tied Super Typhoon Mangkhut as the strongest storm on Earth this year. Captions and Photo source: NASA / Earth Observatory