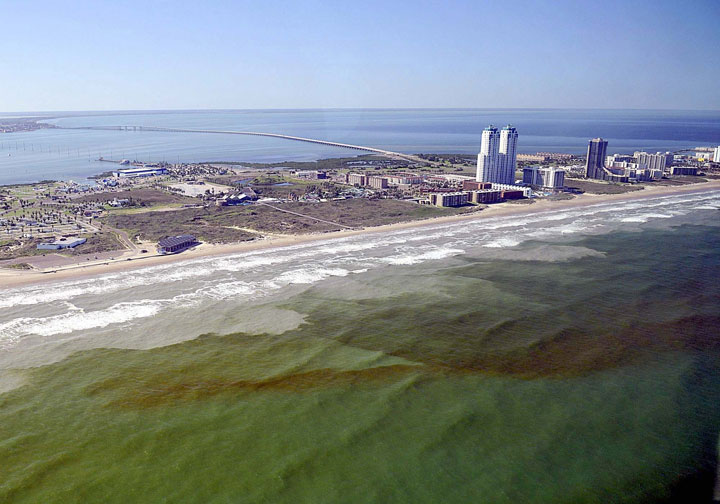 What does a persistent bloom of algae indicate about the health of the planet? 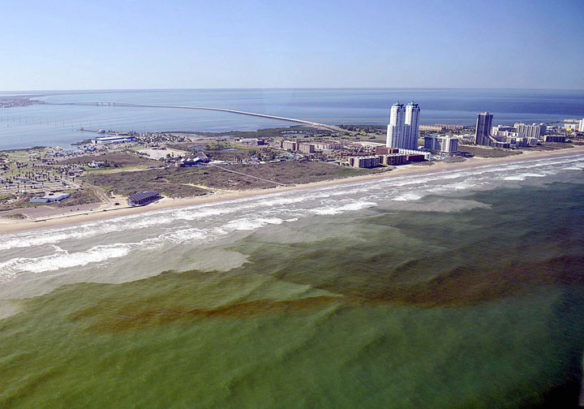 Blooms of harmful algae, like this “red tide” off the coast of Texas, can cause illness and death in humans and animals. Captions and Photo source: NOAA

While the harmful algae known as red tide have historically been common in warm waters like those of the Gulf of Mexico, the troublesome blooms are no longer seasonal. The algae kill marine animals and make life miserable for beachgoers.

“Regions of harmful algal blooms across the globe have increased in size, number and frequency,” Savarese says. “This isn’t just a Florida problem or a Gulf of Mexico problem, this is a planetary problem…”