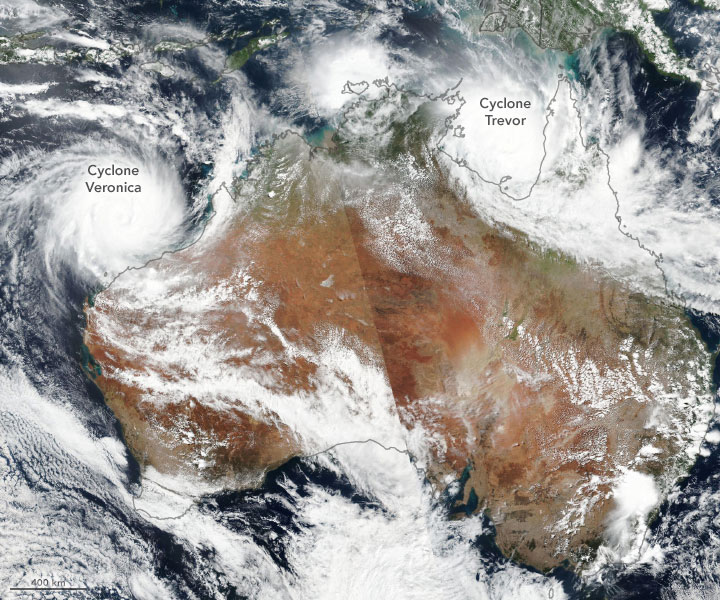 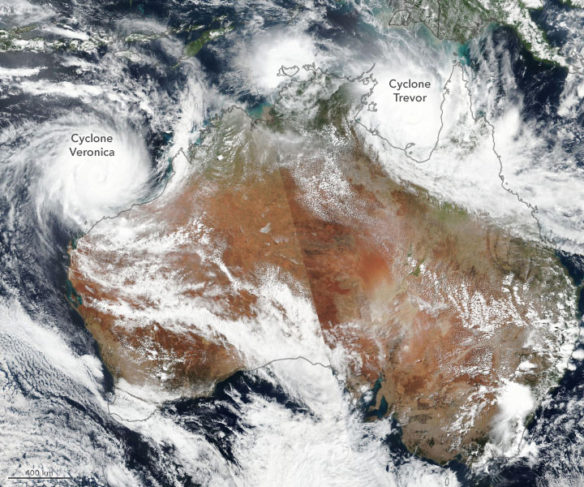 Two severe tropical cyclones bore down on northern Australia. The government of the Northern Territory declared a state of emergency and launched the largest evacuation in the state since 1974. Captions and Photo source: NASA / Earth Observatory