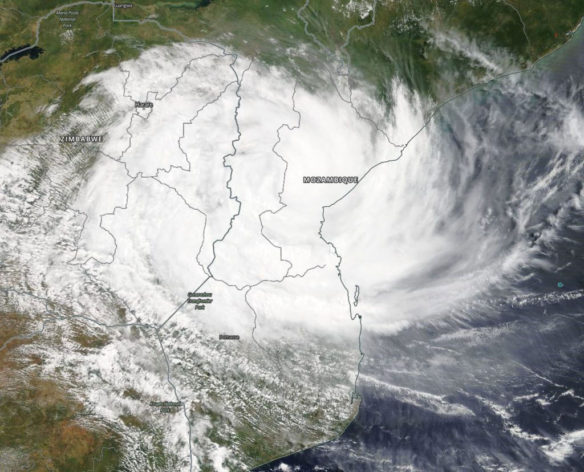 Visible imagery from NASA’s Terra satellite showed Tropical Cyclone continued to move in a westerly direction after making landfall in Mozambique. Even over land, the system still showed a ragged eye on microwave satellite imagery. Captions and image source: NASA