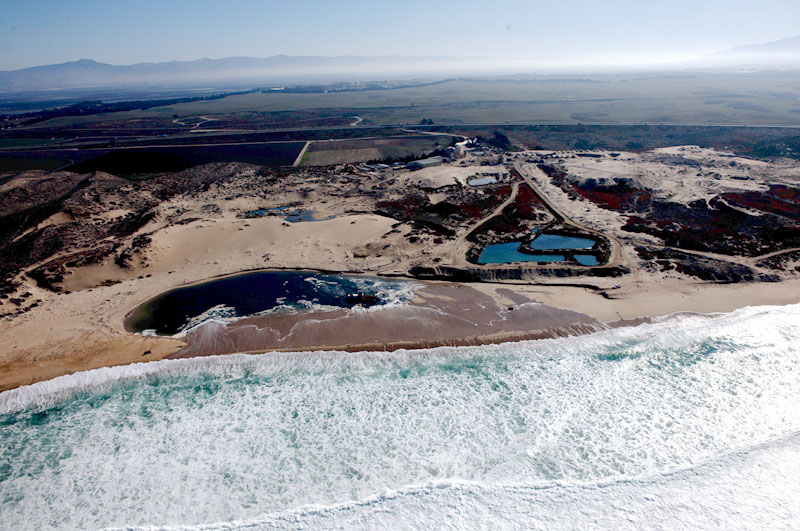 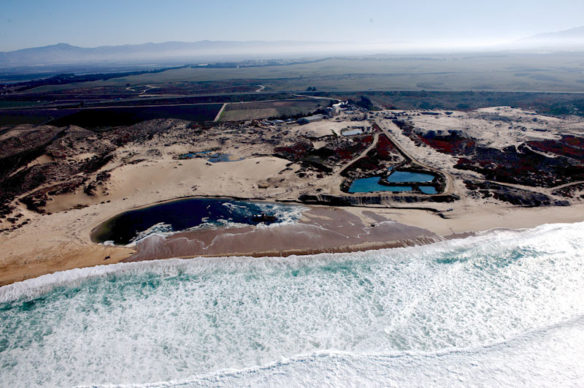 As many as five sand mines operated along the shoreline of the Monterey bay, CA, throughout the last century, scraping sand directly off of the beach. CEMEX extracted about 200,000 yds3 of sand from this back beach pond every year. Captions and Photograph courtesy of: © Gary Griggs

Neighbors to the mining site known as the “Triangle Property,” on Bainbridge Island, WA, have been concerned that the sand-mining operation has been out of compliance with a permit issued by the DNR in 2009…