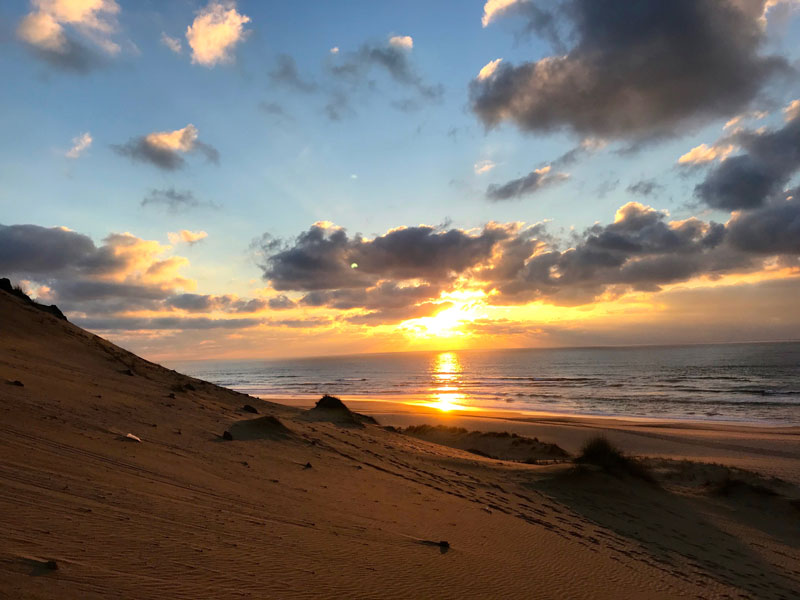 Sand dunes can ‘communicate’ with each other 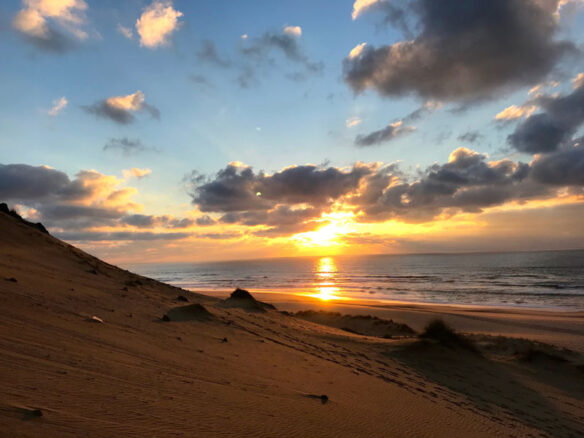 Even though they are inanimate objects, sand dunes can ‘communicate’ with each other. A team from the University of Cambridge has found that as they move, sand dunes interact with and repel their downstream neighbors.

When a pile of sand is exposed to wind or water flow, it forms a dune shape and starts moving downstream with the flow. Sand dunes, whether in deserts, on river bottoms or sea beds, rarely occur in isolation and instead usually appear in large groups, forming striking patterns known as dune fields or corridors.

Is that a choir of Angels or just a day at the beach: Singing Sands you have to hear to believe; Fodor Travel (09-15-2019)
Even in their simplest forms, beaches are spectacular places. Some, however, claim an even more magical level of excellence thanks to peculiar properties boasted by their sands…

A Grain of Sand – Nature’s Secret Wonder, A Book By Dr. Gary Greenberg
Every grain of sand is a jewel waiting to be discovered. That’s what Dr. Gary Greenberg found when he first turned his microscope on beach sand. Author and photographer Dr. Gary Greenberg is a visual artist who creatively combines art with science. Since 2001, Dr. Greenberg focuses his microscopes on common objects, such as grains of sand, flowers, and food. These everyday objects take on a new reality when magnified hundreds of times, revealing hidden and unexpected aspects of nature. Dr. Greenberg’s images of sand make us realize that as we walk along a beach we are strolling upon thousands of years of biological and geological history…