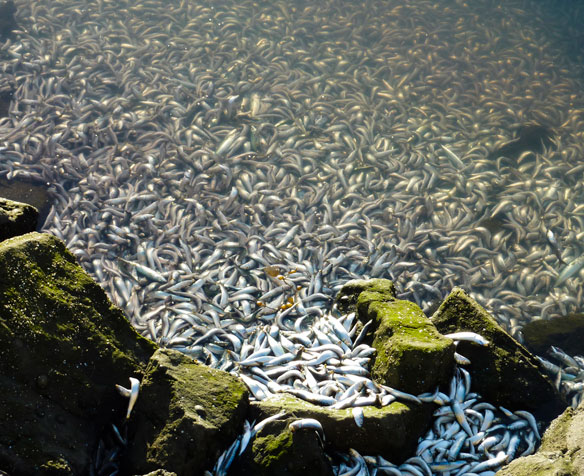 Toxin Found in Fishes That Clogged US Marina 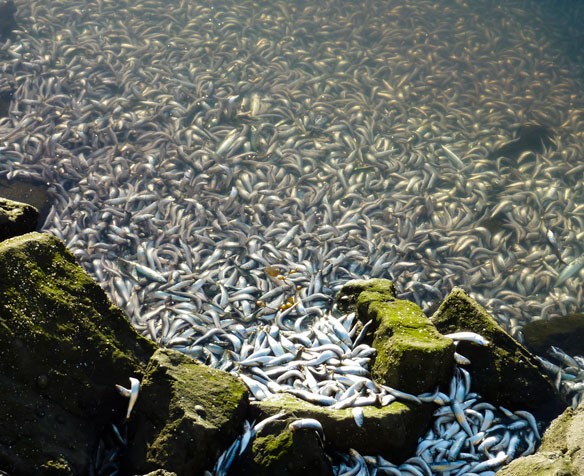 The millions of sardines that were found floating dead in a Southern California marina this week tested positive for a powerful neurotoxin, researchers said.

High levels of domoic acid were found in the sardines, which may have distressed them off the Los Angeles coastline and caused them to swim into the Redondo Beach marina, University of Southern California biologist David Caron wrote in a summary of his laboratory’s findings which were reported by the Los Angeles Times…