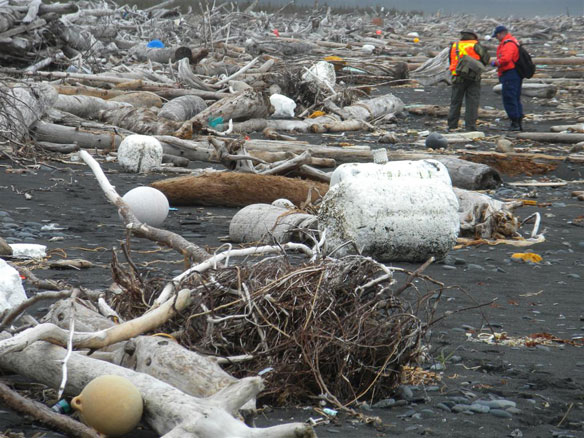 British Columbia could see an increase in debris washing ashore from the Japanese tsunami as winter storms begin to batter the coast, and the province’s environment minister says there will be a plan in place by the end of October to deal with collection and disposal…

Tsunami debris hard to pick out in an ocean full of garbage, The Vancouver Sun