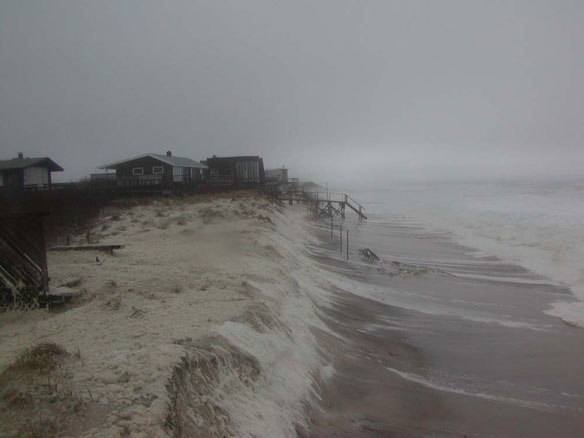 With coastal communities in New York and New Jersey still reeling from the devastation caused by Hurricane Sandy, the last thing the area needs is another storm. But that’s exactly what it might get.

A nor’easter is predicted to potentially hit the East Coast next Wednesday (Nov. 7), and beach erosion experts are concerned about further damage to shorelines devastated by Sandy…

Nor’easter threatens weather-weary East Coast, AP / Boston.com
A nor’easter taking shape Monday in the Gulf of Mexico was expected to begin its march up the coast, eventually passing within 50 to 100 miles of the wounded New Jersey coastline on Wednesday. The storm was expected to bring winds of up to 55 mph, coastal flooding, up to 2 inches of rain along the shore, and several inches of snow to Pennsylvania and New York.