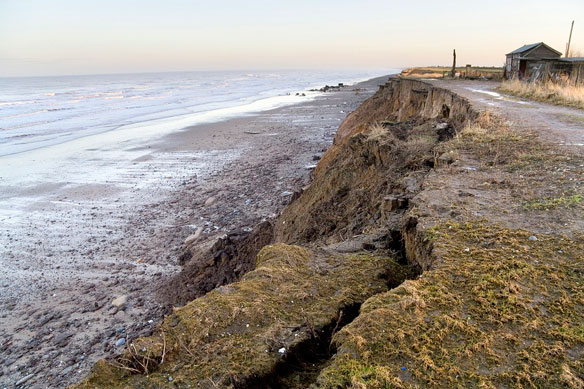 The coast of East Riding of Yorkshire, UK, is eroding at the fastest rate in Europe. Erosion rates of up to 3.5 metres a year threatens property and roads…

Popular Coastal Attraction Suffered 7 years’ Worth of Erosion in 2 Months, UK, BBC News (02-02-2014)
A 30ft (9m) crack has appeared along the cliff top at Birling Gap in East Sussex. The crack appeared a week after the National Trust revealed the popular coastal attraction has suffered seven years’ worth of erosion in two months…