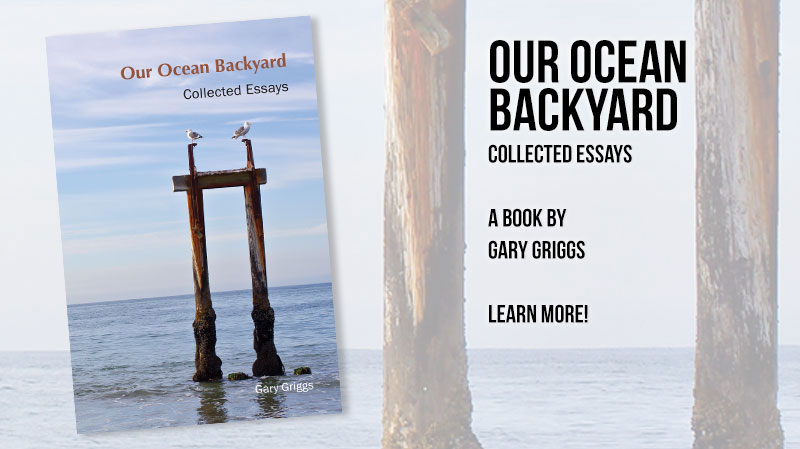 For the three billion people on Earth who live in coastal regions, the ocean is figuratively, if not literally, “our backyard.” Many of us have sought out ocean areas in which to live, work, or vacation. The oceans enrich our lives in countless ways, but our interactions with them have not always been positive. 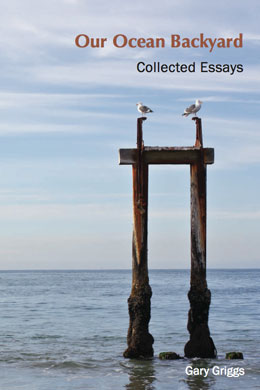 In April 2008, Gary Griggs, a coastal geologist and oceanographer who has studied the oceans for over forty-six years and is known for making science understandable, enjoyable, and accessible to non-scientists, was asked to write a bi-weekly column, “Our Ocean Backyard” for the Santa Cruz Sentinel.

Santa Cruz sits smack on the ocean. California is in many ways defined by its coast, so it isn’t surprising that so many people are drawn towards our ocean edge. Whether it is our weather and climate, or any number of recreational pursuits: fishing, surfing, sailing, jogging or walking, or just observing and exploring, the ocean provides something for all of us. In turn, engaging in each of these different pursuits gener­ates a healthy curiosity – historical, geological, biological – as does simply living, day-to-day, in a community facing the sea.

This collection of 170 columns explores several of these curious ocean questions. Should we worry about tsunamis here on the central coast? How did Yellow Bank Beach, Davenport Landing, Greyhound Rock, Castle Beach and Black Point get their names? Gary explains why the sea behaves as it does, while bringing our coastal history and landscape into perspective. Our climate is changing and the ocean is responding.

Many of us are eager to learn more about our oceans and coast, particularly the science behind it all, but we don’t often understand that science very well. And to make matters worse, many scientists who write about their particular specialized area, don’t do so in way that is understandable or relevant to the non-scientist. Gary’s stories, which draw upon our rich history of ocean exploration and discovery, are written for anyone with an interest in the oceans – not just in Monterey Bay or the central coast – and shed much needed light on what we can expect in the years and decades to come.

Gary writes not to advocate, but rather to illuminate. His goal is always to explain the science, which in turn enhances our enjoyment of this beautiful resource, and also empowers us to make considered, informed decisions – whether it is in our daily lives, or in the voting booth.

Gary Griggs is a distinguished professor of Earth and planetary sciences, and the director of the Institute of Marine Sciences at the University of California Santa Cruz. Honored as a Coastal Hero by the Coastal Commission and Sunset Magazine in 2009, he has been studying the oceans for over forty-six years. He is the author or co-author of seven books, including Living with the Changing California Coast, Introduction to California’s Beaches and Coast, and California Coast From The Air: Images of a Changing Landscape.

“Gary is a talented interpreter of complicated coastal science and has a long track record of effectively translating his findings for policymakers. Gary’s bi-weekly column for the Santa Cruz Sentinel has been instrumental in promoting popular understanding of these important issues across the Monterey Bay region and beyond.” —Sam Farr, Representative.

“Gary is the epitome of excellence in teaching. He shares not only his knowledge but also his passion and himself with his students, with boundless generosity . . . He has been a blessing to the campus, to our profession, and to each and every one of us who had the privilege of studying with him.” —Dr. Kathryn D. Sullivan, Under Secretary of Commerce for Oceans & Atmosphere and NOAA Administrator. NASA Astronaut (ret.) and UCSC ‘73.

“I marvel at Gary’s ability to relate more complex situations in an understandable form for lay people - and in a way that holds their interest. It is obvious why he has been a successful and much-loved teacher for over four decades. It is a great thing that many of his columns now appear in one place, available to an even wider audience.” —John Laird, California Secretary of Resources. 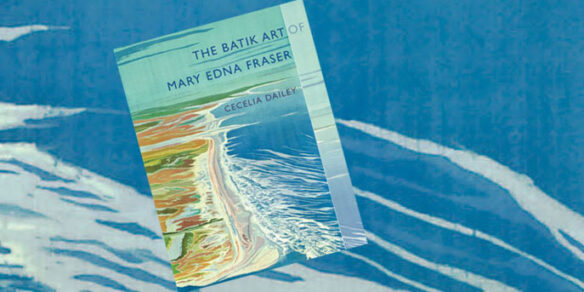 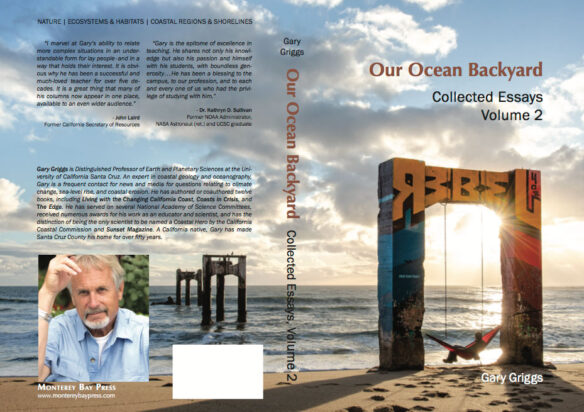 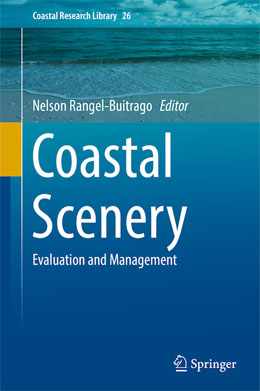 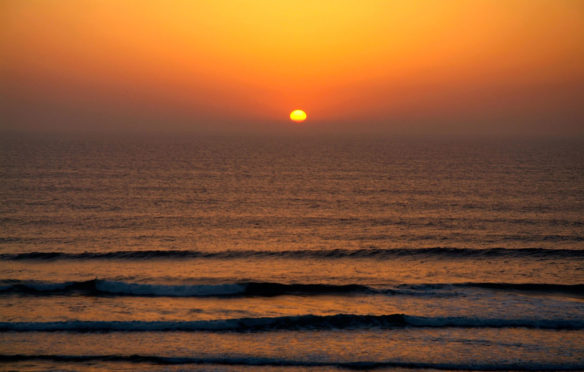 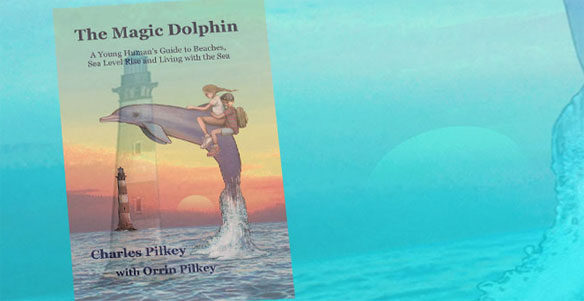 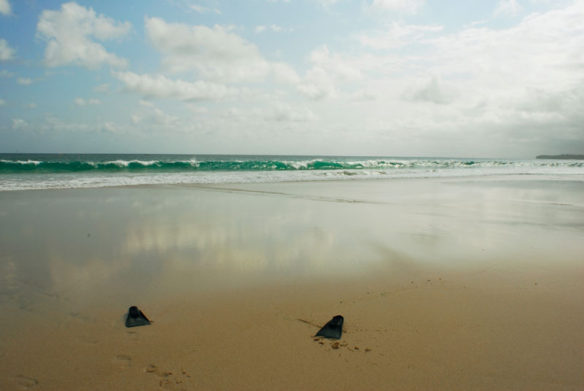 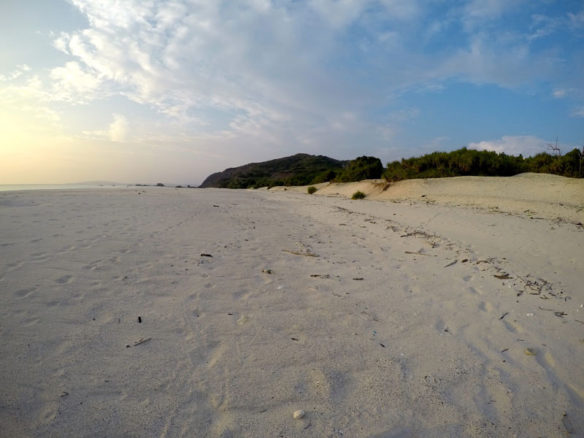 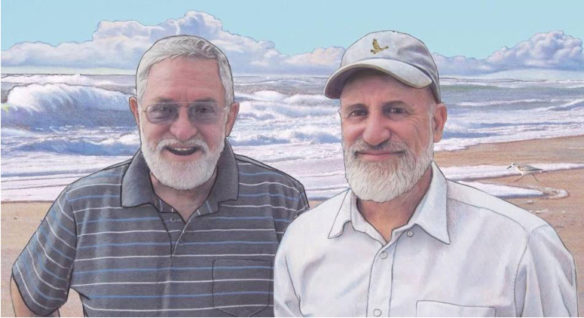 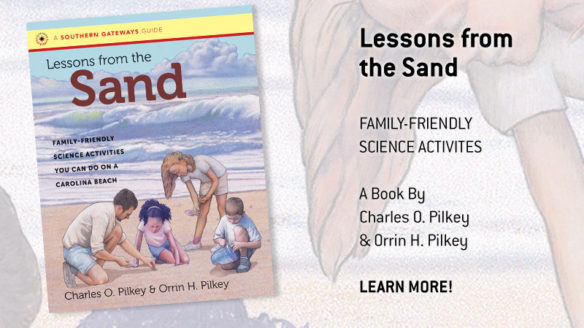 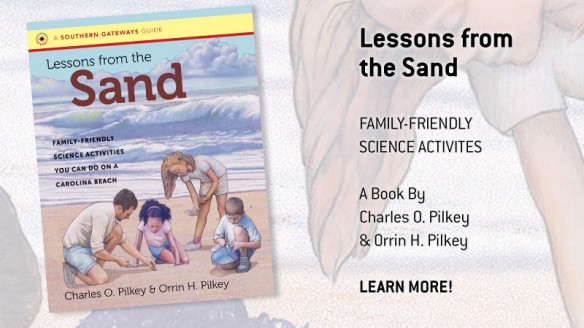 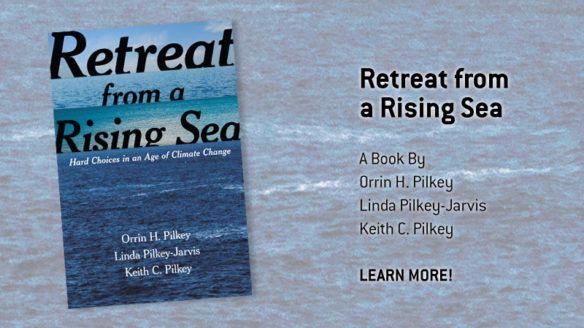