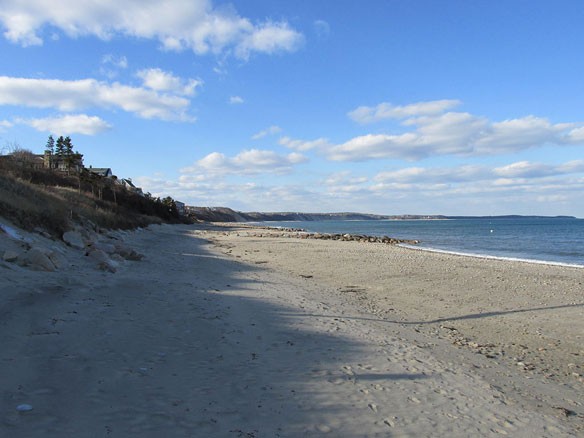 Sagamore Beach residents approved a mitigation project, consisting of building a revetment wall at the base of the eroding cliff. The wall would stretch nine to 10 feet high and 650-plus feet long, and a five- to eight-foot wide shelf would rest at the top of the wall, and the eroding cliff would be revegetated to hold the sand in place.

Supporters argued that without the wall, the homes and septic systems could tumble and pollute the beach.

Opponents said erosion is nature’s way of replenishing the shore. A revetment wall would block the natural flow of sand down the cliff, with the beach eventually being washed away…