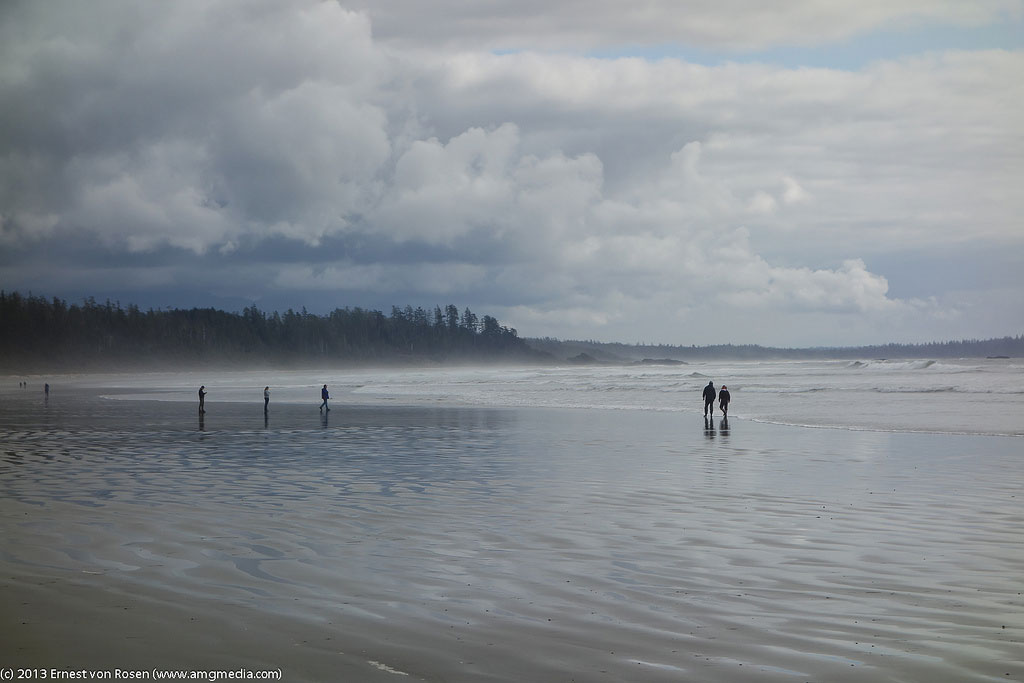 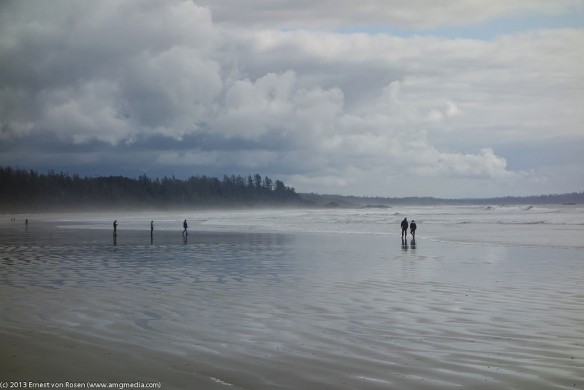 Scientists at the Woods Hole Oceanographic Institution (WHOI) have for the first time detected the presence of small amounts of radioactivity from the 2011 Fukushima Dai-ichi Nuclear Power Plant accident in a seawater sample from the shoreline of North America. The sample, which was collected on February 19 in Ucluelet, British Columbia, with the assistance of the Ucluelet Aquarium, contained trace amounts of cesium (Cs) -134 and -137, well below internationally established levels of concern to humans and marine life.

The WHOI scientists, with the help of citizen volunteers, have collected samples at more than 60 sites along the U.S. and Canadian West Coast and Hawaii over the past 15 months for traces of radioactive isotopes from Fukushima. Last November, the team reported their first sample containing detectable radioactivity from Fukushima 100 miles (150 km) off shore of Northern California. However, no radiation had yet been found along any of the beaches or shorelines where the public has been sampling since 2013.

“Radioactivity can be dangerous, and we should be carefully monitoring the oceans after what is certainly the largest accidental release of radioactive contaminants to the oceans in history,” said Ken Buesseler, a marine chemist at WHOI who has been measuring levels of radioactivity in seawater samples from across the Pacific since 2011. “However, the levels we detected in Ucluelet are extremely low.”

Scientists at WHOI are analyzing samples for two forms of radioactive cesium that can only come from human sources. Cesium-137, the “legacy” cesium that remains after atmospheric nuclear weapons testing, is found in all the world’s oceans because of its relatively long, 30-year half-life. This means it takes 30 years for one-half of the cesium-137 in a sample to decay. The Fukushima reactors added unprecedented amounts of cesium-137 into the ocean, as well as equal amounts of cesium-134. Because cesium-134 has a two-year half-life, any cesium-134 detected in the ocean today can only have been added recently—and the only recent source of cesium-134 has been Fukushima.

The Ucluelet sample contained 1.4 Becquerels per cubic meter (Bq/m3) (the number of decay events per second per 260 gallons of water) of cesium-134, a telltale sign of having come from Fukushima, and 5.8 Bq/m3 of cesium-137. These levels are comparable to those measured 100 miles off the coast of Northern California last summer. If someone were to swim for 6 hours a day every day of the year in water that contained levels of cesium twice as high as the Ucluelet sample, the radiation dose they would receive would still be more than one thousand times less than that of a single dental x-ray.

Buesseler has had to rely on a crowd-funding and citizen-science initiative known as “Our Radioactive Ocean” to collect samples because no U.S. federal agency is responsible for monitoring radiation in coastal waters. The results are publicly available on the website OurRadioactiveOcean.org.

“We expect more of the sites will show detectable levels of cesium-134 in coming months, but ocean currents and exchange between offshore and coastal waters is quite complex,” said Buesseler, “Predicting the spread of radiation becomes more complex the closer it gets to the coast and we need the public’s help to continue this sampling network.”

Recent partnerships between Buesseler’s group and a Canadian-funded program called InFORM, led by Jay Cullen at the University of Victoria, Canada, has added more than a dozen monitoring stations along the coast of British Columbia. In addition, upcoming cruises with the Scripps Institution of Oceanography in La Jolla, California, will add more than 10 new sampling sites offshore. Also in 2015, a National Science Foundation-sponsored project led by WHOI physical oceanographer Alison Macdonald includes funding to analyze more than 250 seawater samples collected on a research ship travelling this May between Hawaii and the Aleutian Islands, Alaska.

Fukushima Radioactivity Detected Off West Coast, WHOI (11-11-2014)
Monitoring efforts along the Pacific Coast of the U.S. and Canada have detected the presence of small amounts of radioactivity from the 2011 Fukushima Dai-ichi Nuclear Power Plant accident 100 miles (150 km) due west of Eureka, California…