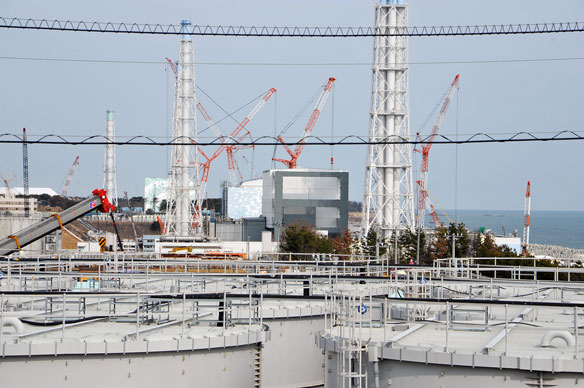 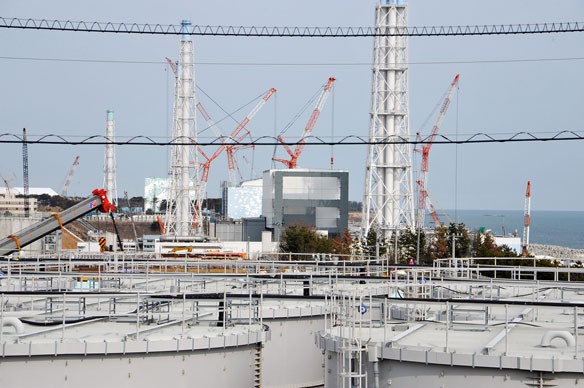 Five years after the Fukushima nuclear accident, study shows levels of radioactive forms of cesium in the ocean off Japan are thousands of times lower than during the peak releases in 2011, however, analysis of cesium and strontium indicate releases from the plant are not yet “under control,” a statement that has been used by the Japanese government to describe the situation when levels are below regulatory limits…

Higher Levels of Fukushima Cesium Detected Offshore, WHOI (12-05-2015)
Scientists monitoring the spread of radiation in the ocean from the Fukushima nuclear accident report finding an increased number of sites off the US West Coast showing signs of contamination from Fukushima. This includes the highest detected level to date from a sample collected about 1,600 miles west of San Francisco…