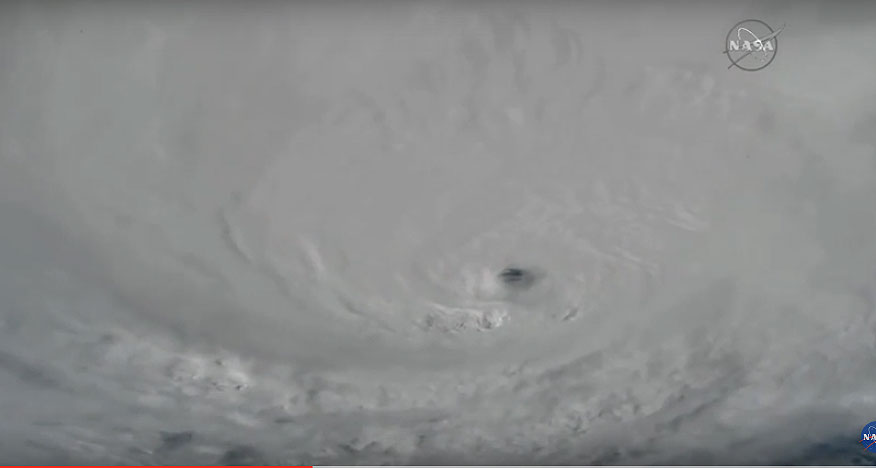 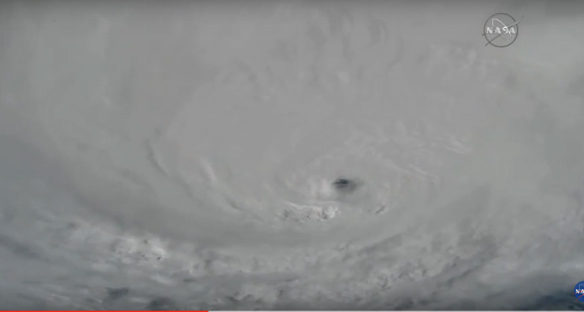 Cameras outside the International Space Station captured dramatic views of major Hurricane Matthew Oct. 3 as the orbital complex flew 250 miles over the storm at 4:15 p.m. EDT. Packing winds of 140 miles an hour as a Category 4 hurricane, Matthew was expected to pass over western Haiti and eastern Cuba Oct. 4 before charging north over the Bahamas Oct. 5 and potentially threatening the east coast of the United States later in the week.

Deadly Hurricane Matthew makes landfall in Haiti, CBS News (10-04-2016)
The dangerous Category 4 storm made landfall around dawn on Haiti’s southern peninsula, where many people live along the coast in shacks of wood or simple concrete blocks that are ill-suited to the force of the system’s maximum sustained winds of 145 mph. Damage appeared to be widespread, but because of poor communications, blocked roads and washed-out bridges, the full extent was not immediately clear…