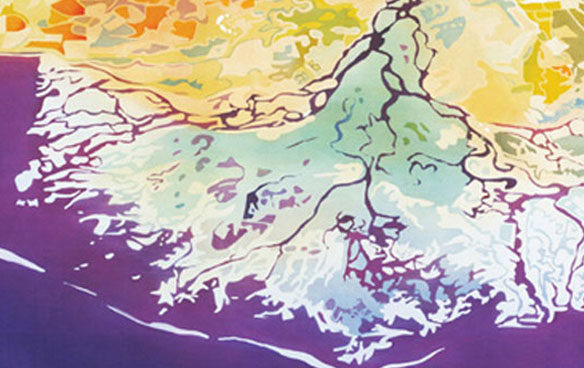 A change in the patterns of tropical storms is threatening the future of the Mekong River delta in Vietnam, research shows, indicating a similar risk to other deltas around the world.

This study indicates that changes in storm climatology, even in the river catchments far upstream of the deltas themselves, must also be considered when evaluating their future vulnerability to sea-level rise…

Coastal Mangrove Squeeze in the Mekong Delta; Journal of Coastal Research (03-16-2015)
The role of mangrove forests in providing coastal zone stability and protection against flooding is increasingly recognized. The specific root, stem, and canopy system of mangroves is highly efficient in attenuating waves and currents. The sheltered environment created by a healthy mangrove forest offers great sedimentation potential…

Nile Delta Disappearing Beneath the Sea; IPS News (01-29-2014)
In a report released last September, the IPCC predicts a sea level rise of 28 to 98 centimetres by 2100. Even by the most conservative estimate, this would destroy 12.5 percent of Egypt’s cultivated areas and displace about eight million people, or nearly 10 percent of the population. But it is not just rising sea levels that threaten Egypt’s northern coast, the delta itself is sinking…