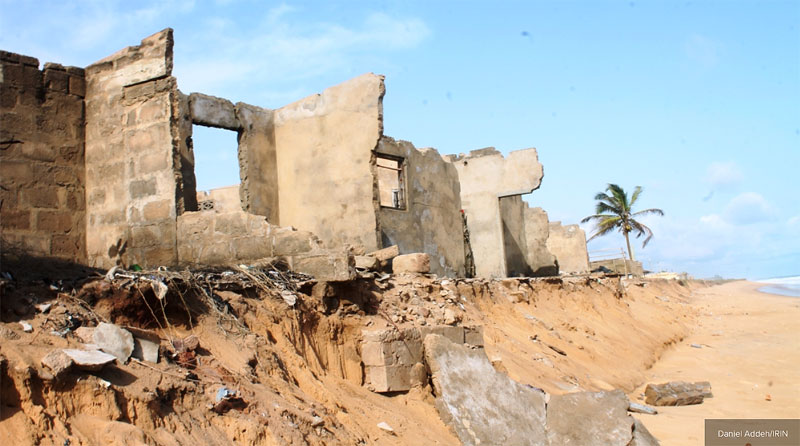 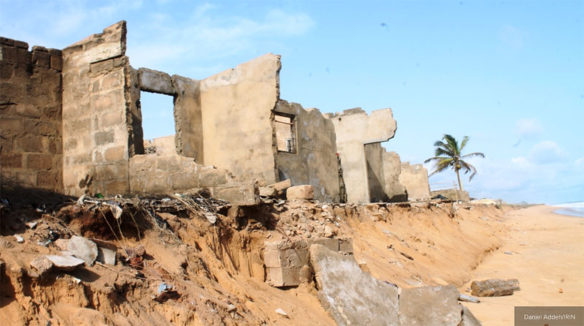 Man-made coastal erosion has reached alarming proportions in Togo. It is threatening the future of two major cities, Lome and Aneho, the current and former capitals, as well as dozens of fishing villages.

Coastal erosion, in which land or beaches are worn away by the wind and the waves, is destroying around five to ten meters (16-32 feet) of shoreline every year. In some locations, up to 25 meters has disappeared over the same period.

The sea doesn’t only eat away at the shoreline, it also consumes any infrastructure, such as roads or buildings, or vegetation which may have been growing on it. Nothing remains…

Can permaculture save Togo’s precious coastline from the ravages of sand mining? A Video by DW (04-06-2017)
African countries are raising alarm because of their disappearing coastlines. Beaches erode mainly because of illegal sand mining…

Rising Seas Ruining Lives in Togo; IRIN (11-16-2015)
Togo’s former capital city, Aneho, and dozens of surrounding villages, along with the main road that links the west African country to Benin, are likely to disappear from the map by 2038, if nothing is done to reverse the erosion that is currently eating away between six and 10 meters of coastal land each year…