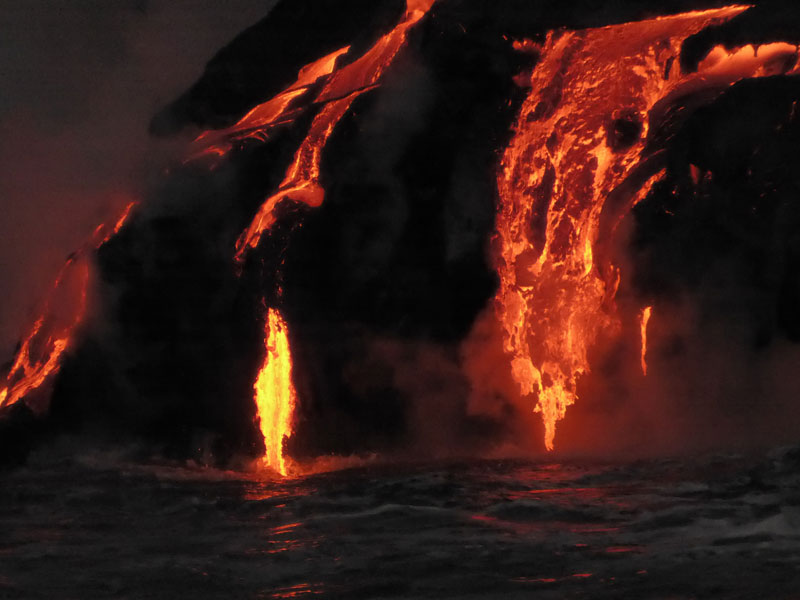 From destruction, creation: A new black sand beach is born on the island of Hawaii 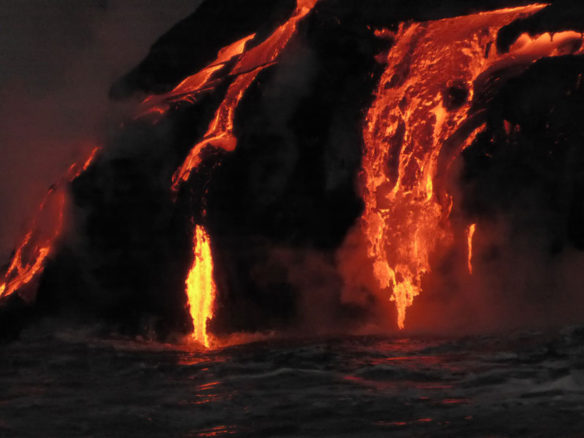 The eight-mile-long river of lava that poured down the slopes of Kilauea volcano on the island of Hawaii last spring destroyed nearly everything in its path. But part of what it left behind offers a glimmer of hope for the battered land and economy: a new black sand beach…

Lava from the Kilauea volcano has added nearly 700 acres to Hawaii’s Big Island; CBS News (07-18-2018)
The island has grown by nearly 700 acres, the equivalent of more than 500 football fields…