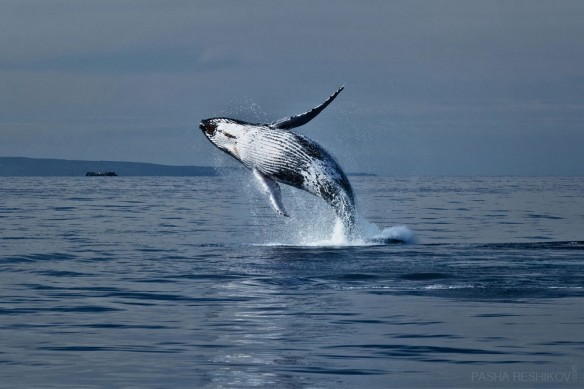 “©Freedom Breach” is an image courtesy of © Pasha Reshikov.for Coastal Care’s Photo of the Month, October 2013.

Russian authorities and marine life advocates have signed an agreement to release nearly 100 marine mammals being held in the so-called “whale jail” on Russia’s Far East coast. Ten orcas and 87 belugas have been housed in overcrowded enclosures at a holding facility in Srednyaya Bay in the town of Nakhodka.

The whales were illegally captured last summer and fall by four Russian companies that reportedly planned to sell them to marine parks in China, reports The Whale Sanctuary Project. Whales can sell for millions of dollars each, depending on the species, according to The New York Times…