It was just last October that beach erosion exposed an area of concrete along Kuhio Beach. Nine months later, it has happened again…

Sand Moved To Cover Waikiki Beach Erosion Swept Away, Video (11-25-2013)
Just a day after crews tackled an erosion problem at Kuhio Beach in Waikiki, half of the sand they brought in was washed away, according to city officials… 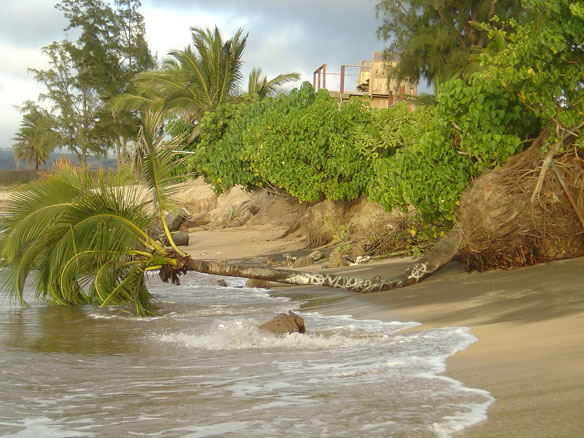